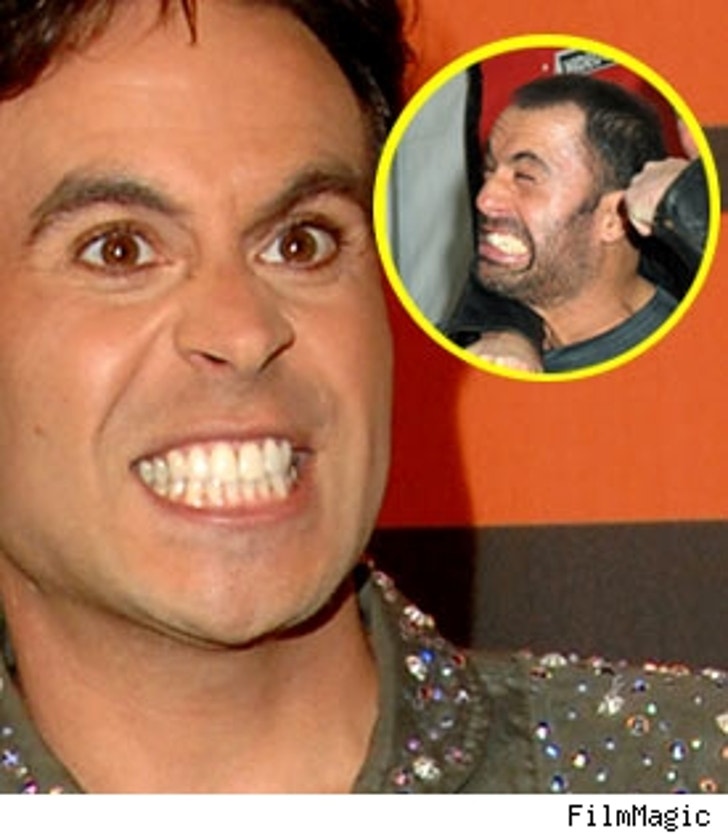 Is fear of the gays a factor with comedian Joe Rogan? One pissed off VH1 star seems to think so.

Ant, the openly gay host of "Celebrity Fit Club" and star of "Last Comic Standing," fired off a seething message on his Myspace page, in response to Rogan's accusations on a radio show that Ant has been stealing jokes from other comics -- the most horrific insult in the world of stand-up comedy. In the post, Ant claims that the only reason the former "Fear Factor" star has made the accusation is because, "Joe just can't come right out and call me a FAGGOT," adding that the accusation of joke theft is "another way to gaybash." He also slams Rogan as a "homophobe."

On the page, Ant says he's ready for Rogan's retaliation, saying "I can't wait to hear him proclaim, 'ANT's using the homophobic card? How come a straight guy can't talk about a gay guy and blah blah blah.' A spade is a spade and I call 'em like I see 'em."

A rep for Rogan had no immediate response.