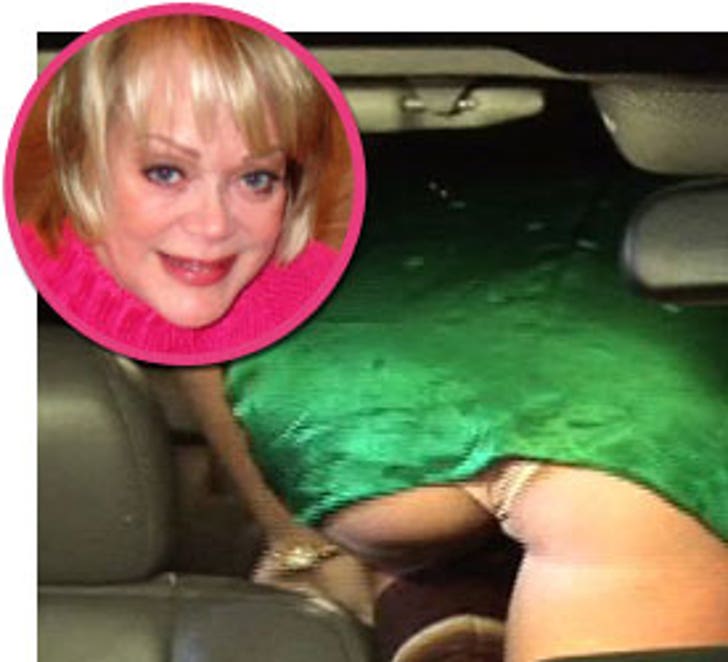 You made me do it. I didn't plan to write another letter now. I took two weeks off from TMZ.com because I didn't feel strongly about what anyone was doing -- or else I couldn't decide which side to believe.

You've driven me back to my laptop to ask why, if you have to slither in and out of cars, do clumsy imitations of gymnasts and wear clothes that are just too tight, trashy or skimpy, do you have to pose in front of photographers all the time? We've seen the body parts, poses and clumsy attention-seeking tricks before. You're wearing out your welcome. Some people never can turn away from a train wreck, so who can blame the photographers for waiting for your next one? Do you really want captions such as TMZ's own "Victim of Pap Smear" and "Does Britney Change Clothes for Cash" to be your legacy? You can do much better.

Unlike some others who are famous for being famous, you initially earned the fame and respect you achieved. You were a giant star, a Mouseketeer, a singer whose song titles became part of everyone's vocabulary. You made some missteps. We all do. But, when you become more famous for hideous, irresponsible actions than accomplishments, it's time to step back and figure out where you want your life to go. So many young girls still see you as a role model. Give those kids a reason to look up to you. They're probably even tired of the endless speculation about what undergarments you may or may not be wearing. I know their parents would like you to move on and get dressed. Even the school uniform was more dignified.

You're doing all right with the wigs. I know the paparazzi have a bounty on your (wigless) head. I think it's great that you have a variety of wigs (some very stylish) when you go out in public. If you do feel you need to show how your hair is growing back, at least make a deal with a photographer to sell the photo and donate the money to charity. Do you know what a statement that would make?

Enough with the sorry grabs for attention. Deep down, especially for your sons, people want you to succeed. You can always get attention if you need it. Visit someone famous in jail and attract a zillion photographers if you're that addicted to fame. Americans like winners. We like those stories about what people do with second chances. How about a moratorium on train wrecks and some time out for paying back the fans who helped you succeed?