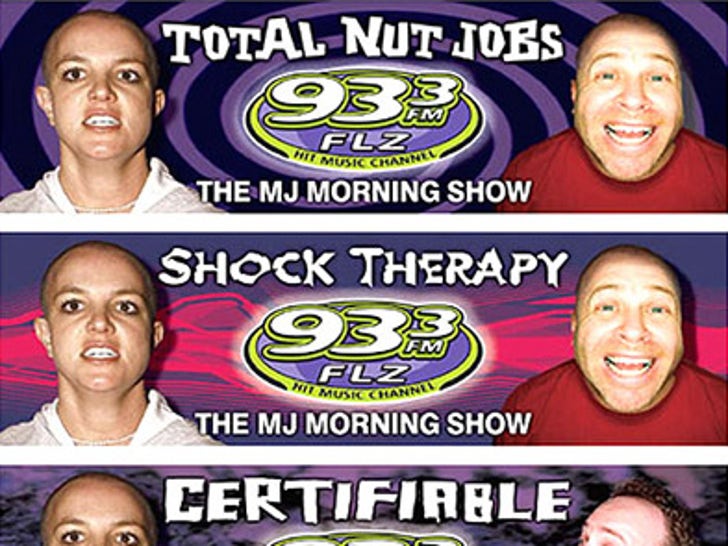 Britney Spears' high powered attorneys are on the attack over some offensive billboards that are driving her nuts! 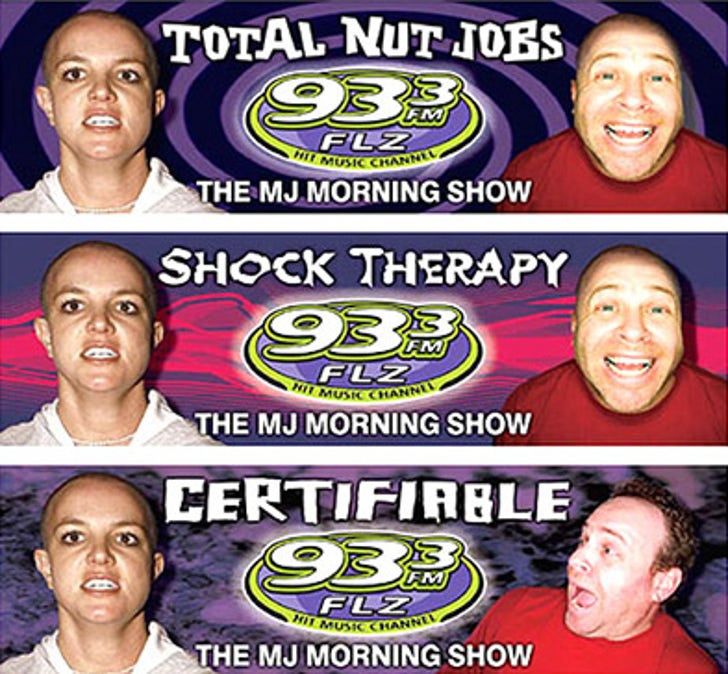 Spears is fuming over a series of ads for a wacky morning radio host in Florida, which uses her bald-headed image along with the headlines: Certifiable, Shock Therapy, and Total Nut Jobs. Apparently, Spears is still a little sensitive about her current mental condition.

The letter, posted on The Smoking Gun, is addressed to a lawyer for Clear Channel Communications (the parent company of the Florida station). In it, Brit's lawyer Lynda Goldman claims it's "outrageous in the extreme" that the company didn't take the billboards down nearly two weeks ago -- when she says they promised they would. Goldman added that Spears' "likeness has a multi-million-dollar value for authorized commercial exploitations" and she would be entitled to "very substantial damages" as a result.

Team Spears is now demanding photo proof that the billboards are removed -- and threatening that if Clear Channel continues to ignore their demands or provide misleading or inaccurate information about the billboard's removal, it does so "at its peril."