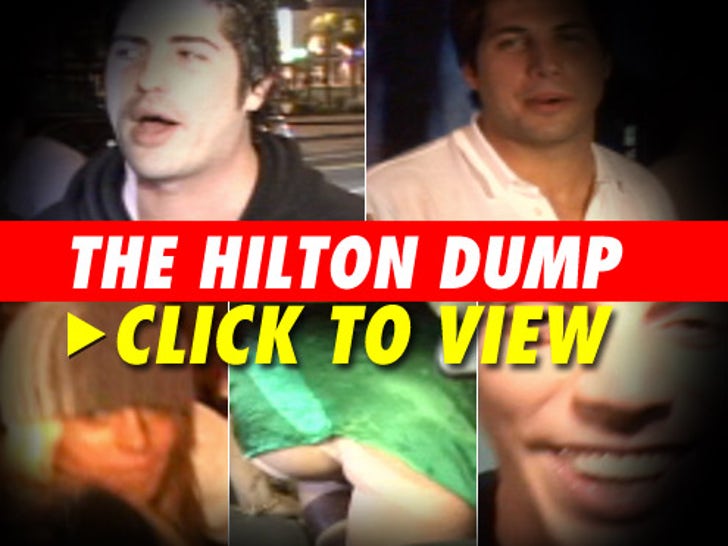 TMZ has learned that Paris Hilton is telling people that she is going to change -- specifically setting out to do more work with charities and 86 the toxic people in her life. Our question -- who are those people?! Maybe she should start with these peeps: 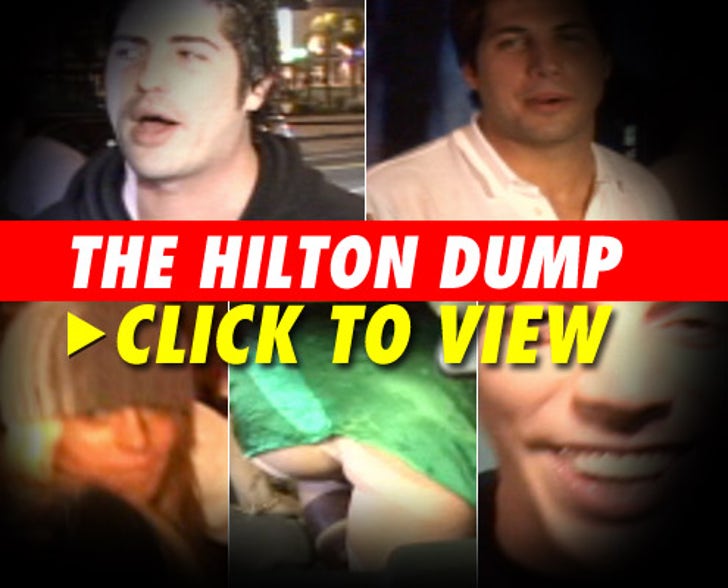 Brandon "Greasy Bear" Davis: Step one, decrease the Grease. As amusing as he is to us, Brandon's seven-day-a-week hard-partying, late night schedule might not help Paris to become more of a Goldilocks.

Britney Spears: Lose the flooze. Her box-flashing and nightclub hopping while her kids kick it with ... well, we don't really know who ... make her not so hot. While Brit continues to fall apart, she won't help Paris get her sh*t together.

Lindsay Lohan:
Heave-ho to LiLo. In-N-Out burgers, yes, in n' out of rehab, no. P-funk should hang with someone who has more stability than a boulder in a Road Runner cartoon.

Nicole Richie: A more simple life wouldn't include her wrong-way co-star with her myriad legal dramas. She could end up behind bars as well. Paris really needs to move forward ... in the right direction!

Steve-O: Paris has enough jackasses in her life already, she might want to steer clear of one that smokes pot in front of cops.

On the other hand, there is one person in Paris' life that might be able to keep her on the straight and narrow in her size elevens:

Dakota Fanning: Paris could learn a thing or two from the 13-year-old underage star: she doesn't drink, smoke or flash her panties ... yet. Plus, the juice boxes would do her body good.

Uh, that's about it.