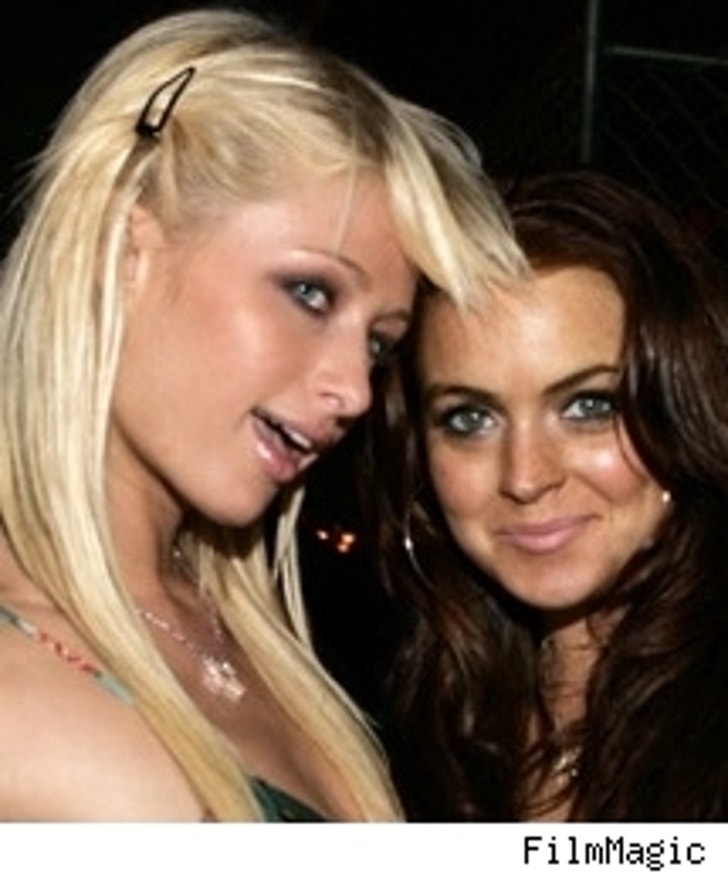 Maybe Paris Hilton and Lindsay Lohan have put "Firecrotch" behind them after all -- and it looks like after her stint in the slammer, Paris is through being the queen B ... as in bee-yotch.

TMZ caught the two Hollywood princesses prancing on the beaches of Malibu over the holiday at the same house, and Rush & Molloy report that their interaction was "cordial." That's because Paris "has decided to give Lindsay a second chance." Really -- but why? "Paris was known as a bully ... If a friend didn't like Lohan, then she wouldn't like Lohan. But she's through taking sides. She realized who her real friends were when she was in jail -- and there weren't many."

Meanwhile, the L.A. Times reports that a UCLA undergrad has been cursed with Paris' old phone number -- and the bizarre calls (from rappers, random wannabes and desperate fans) that come with it. The young woman -- Shira Barlow -- has been thanking people for their support, even though she doesn't know 'em at all.