With all of young Hollywood still burnt out from partying in Malibu on the 4th, L.A. was flooded with a few more wrinkles and sunspots than usual last night. 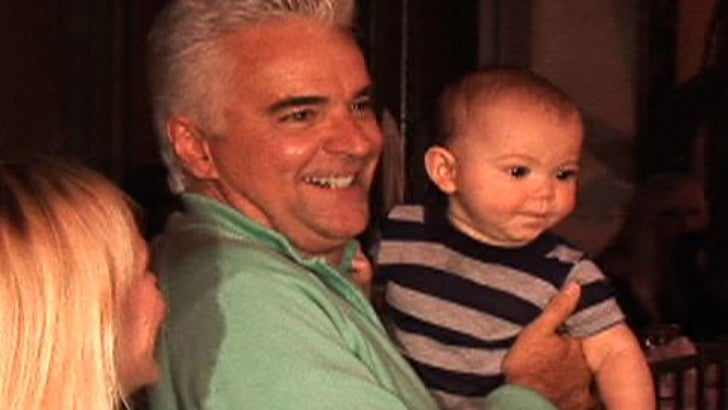 TMZ spotted "Price is Right" contender John O'Hurley, 56, with his wife and adorably chubby seven-month-old baby son leaving Il Sole last night, followed moments later by football Hall of Famer, Joe Montana. A "peace" happy Francis Fisher (who has at least six films coming up) and Cheryl Tiegs -- still looking fantastic at 56 -- were caught leaving the restaurant as well, which apparently wasn't letting anyone in without an AARP card.

Other long lost greats out last night included T.K. Carter (Hey Punky, remembuh him?) and Jonathan Silverman, with no Bernie in sight.

All this and more in today's alta cocker edition of Star Catcher.