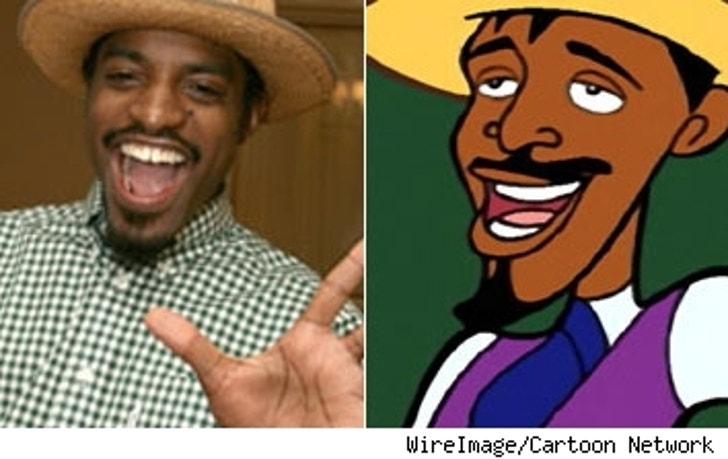 The man who implored us to "Shake it like a Polaroid picture" has now taken up encouraging the youth -- like, little kids -- to "Do the Crayon," among other things.

Andre 3000 -- the breeches-loving rapper behind "Hey Ya" and other OutKast magic -- has been moonlighting as a cartoon character called Sunny Bridges on Cartoon Network's kiddie toon "Class of 3000," which he helped create. Aside from voicing, executive producing, and creating the show, Dre (real name: Andre Benjamin) also wrote a new song for the first season's episodes, and now those tunes have been rolled up into an album called "Class of 3000: Music Volume One," released just last week.

Rather than the playful raunch of "Hey Ya!" or "I Like the Way You Move," 3K goes just playful on "Class of 3000," with funkified kid-friendly tunes with winking titles like "Oh Peanut," "Banana Zoo," and "Cool Kitty." Maybe it's just our gutter-ready minds that are winking.