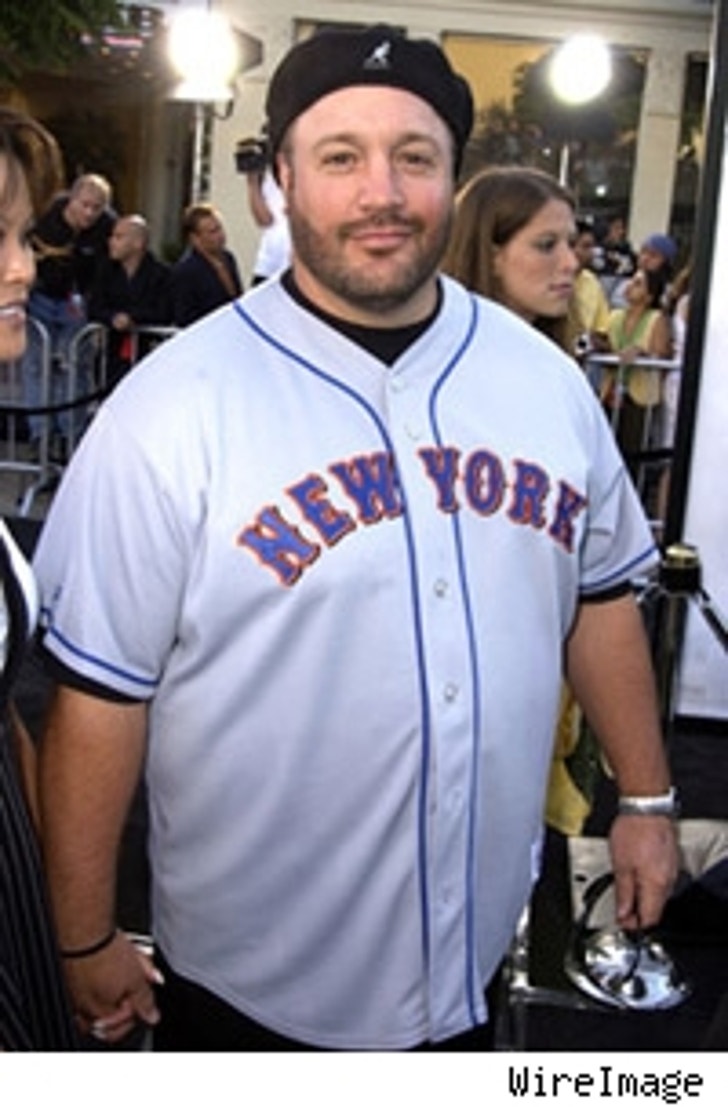 "I Now Pronounce You Chuck and Larry" star Kevin James really loves himself some baseball.

The King of Queens is such a diehard Mets fan that he named his second daughter after the Mets longtime home, Shea Stadium. "I honestly...honestly did. I have been a Mets fan my whole life and have such good memories of going to Shea Stadium," he told Chris Yandek of TheSportsInterview.com "Her middle name is Joelle after my dad Joe who passed away. I brought it in because he used to take me to Shea all the time. I can't believe this got by my wife. She ended up liking the name just for the name itself."