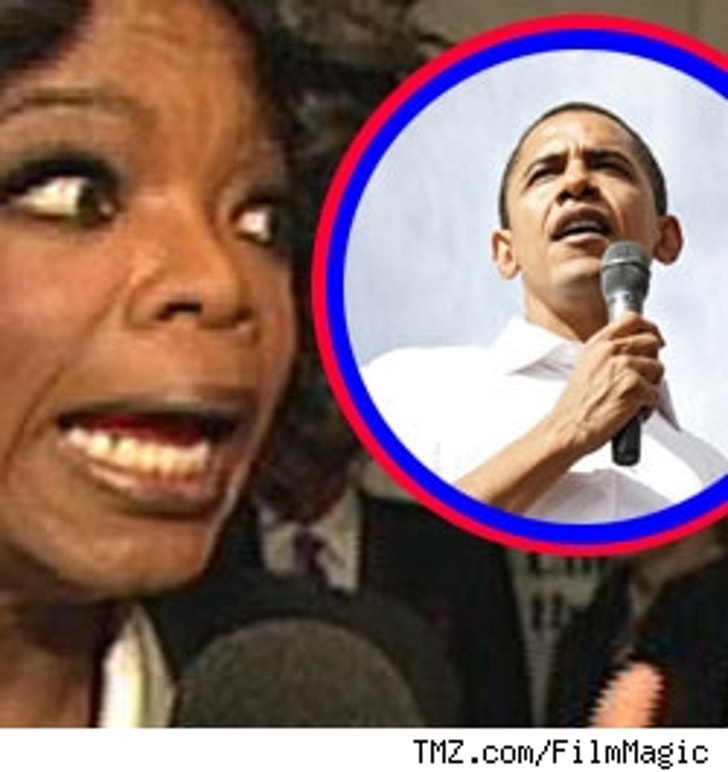 Chat empress Oprah Winfrey put rumors to rest that she might be running for president -- by instead throwing her hefty support behind democratic candidate Barack Obama. Lucky Obama will benefit from an Oprah-fied fundraiser to be held at the daytime diva's massive Santa Barbara mansion this September, reports today's L.A. Times.

Those thinking of attending should start saving now: Getting in the door will cost $2,300 -- that's the maximum individual contribution for primary season. Collected contributions of $25,000 or more will score you access to a VIP reception, and a donation of $50,000 or more will garner a seat at a private VIP dinner with the possible next president.

Think Isaiah Washington, who has also thrown his support behind Barack, was invited? Doubtful!