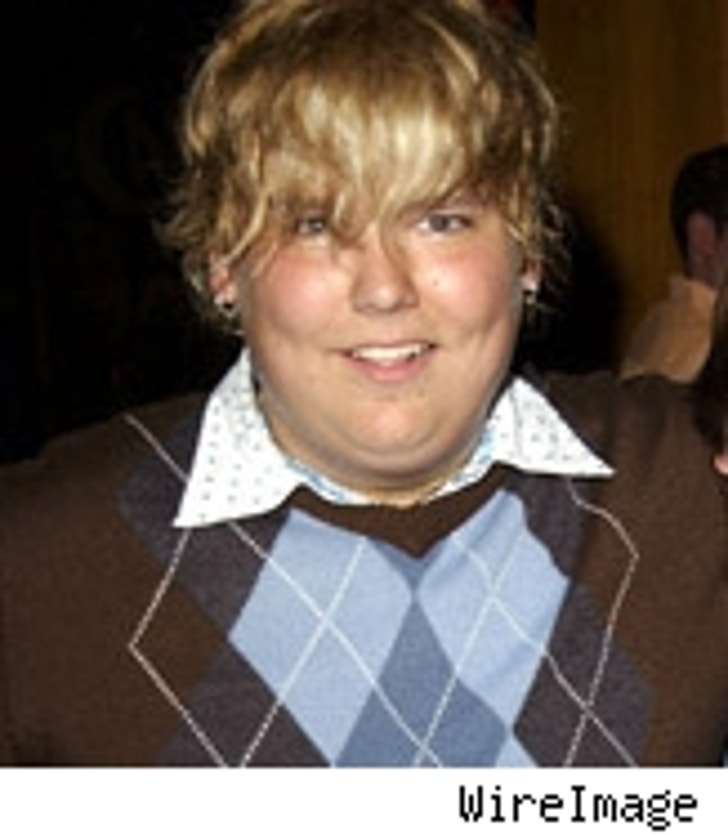 Adorable actor Andrew Caldwell looks like a mini-Chris Farley, so it's no surprise that "The Transformers" star is a leeee-tle obsessed with the late great "Saturday Night Live" star.

"For everyone that says I act and look like Chris Farley, it's the biggest compliment I could ever get," gushed Caldwell to Chris Yandek of TheSportsInterview.com. He's such a fan, in fact, Caldwell revealed, "I was doing a movie in New Orleans and I got a tattoo down in New Orleans, and my tattoo says 'a van down by the river' on my back," a reference, of course, to one of Farley's infamous SNL skits. "You are the first person I told that to. I haven't even told my parents yet. They'll be happy to hear it." joked Caldwell, who is three days shy of his 18th birthday.