It was like Paris Hilton got released from jail all over again last night, as fans and paparazzi completely engulfed the ex-con's vehicle after she left Parc. 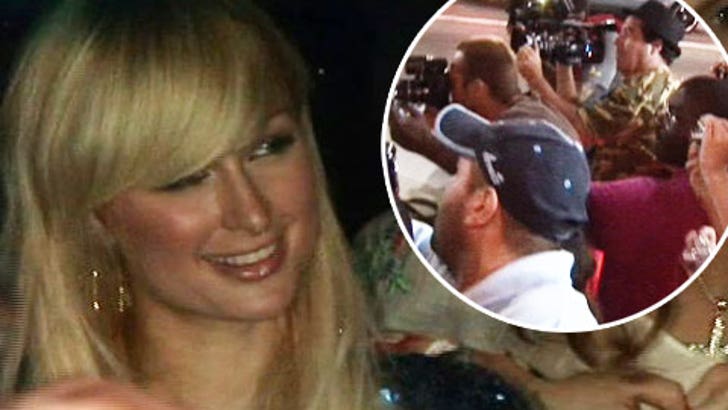 After hitting up the "Feed the Models Save the World" charity event for Eating Disorders Information Network at the club, Paris emerged to a swarm of peeps and paps trying to get a shot of her. Of course, this being Paris, Ms. Hilton didn't look frustrated by all the attention.

When she was finally able to pull away -- after security had to push people back on the sidewalk -- Paris rolled right up to a red light, which caused the crowd to surround her again -- in the middle of the street!

Not everyone in the group was a fan -- one spectator could be heard shouting, "Paris Hilton sucks!"