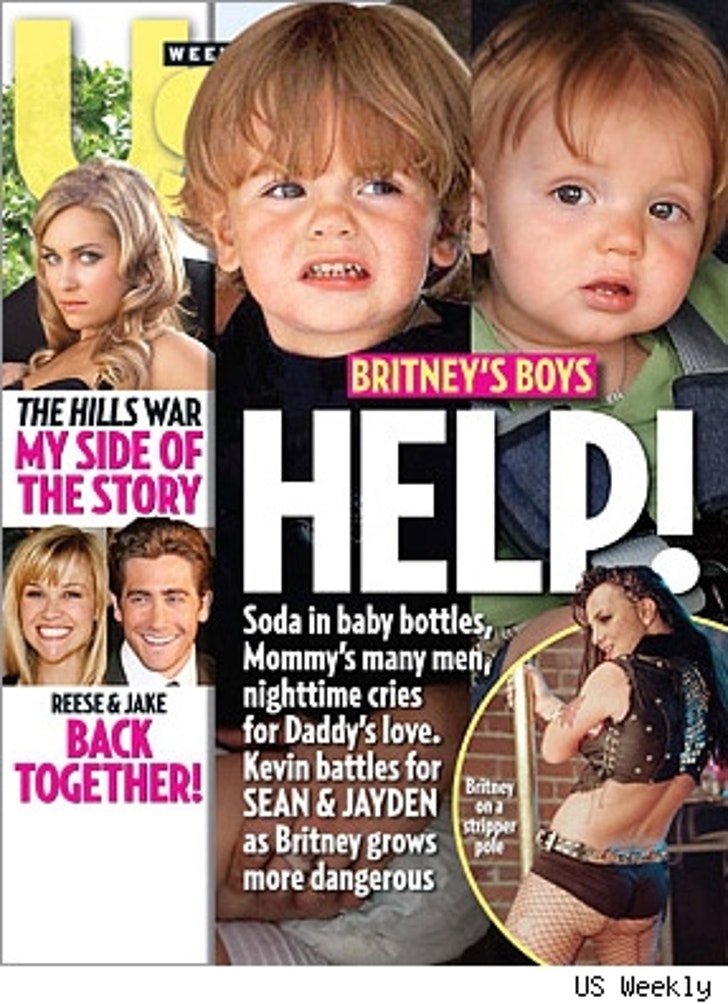 Nothin' like nutritious, delicious soda pop for the kiddies! Brit-Brit's taken to serving soda and juice to 22-month-old Sean and 11-month-old Jayden in their baby bottles, according to Us Magazine. Now the tiny tots are suffering from tooth decay -- and their dental problems are so bad that Brit's asked an L.A. dentist to whiten her kid's teeth. The dentist refused. Paging the Tooth Fairy!

Bumbling Britney caused another ruckus when the trainwreckin' poptart went real estate shopping and made a mess of one $6.5 million property. She reportedly had her bodyguard bring over some of her belongings so that she could feel "more at home" in the new pad. Movin' on up! The pop star squatter then chowed down on Mexican food with her two kids, getting "crumbs and grease everywhere" and "trashing" the house. It's taco time!

A riled source says Senorita Spears let her kids and dog have full run of the house, saying, "She left the bed a mess."