Alleged Lindsay lovah Samantha Ronson busied herself helping the staff at Hyde manage the all-important VIP list -- while between smoke breaks. If the DJ career doesn't work out, it looks like Sam's found another way to make some dough. 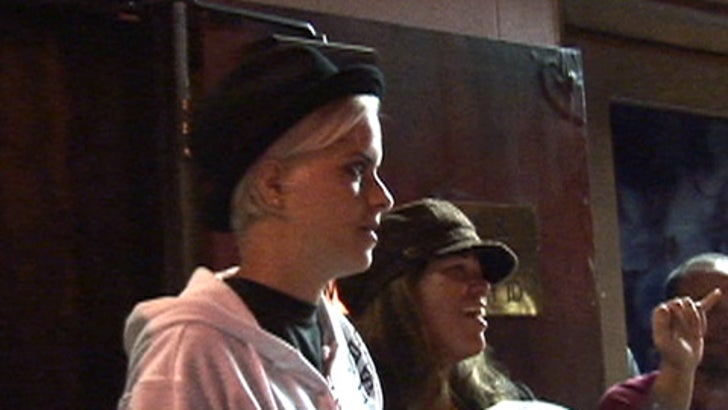 Scientology-rific Giovanni Ribisi, Natalie Walker and Macy Gray also hit up Hyde. Ribisi seemed less than thrilled with his night on the town. Walker, on the other hand, entertained paps by claiming to be a question writer for "Jeopardy." She'll take "Upcoming Hot Blondes" for $1,000, Alex.

"Hills" hottie Audrina Partridge tried to make a break for it outside of Les Deux, but couldn't quite beat the oncoming traffic.

And Kim Kardashian and Steve-O hung hard with some more, uh, mature friends. Said Steve, "Tonight is about teaching beautiful old ladies how to party so hard that they have to go to rehab."