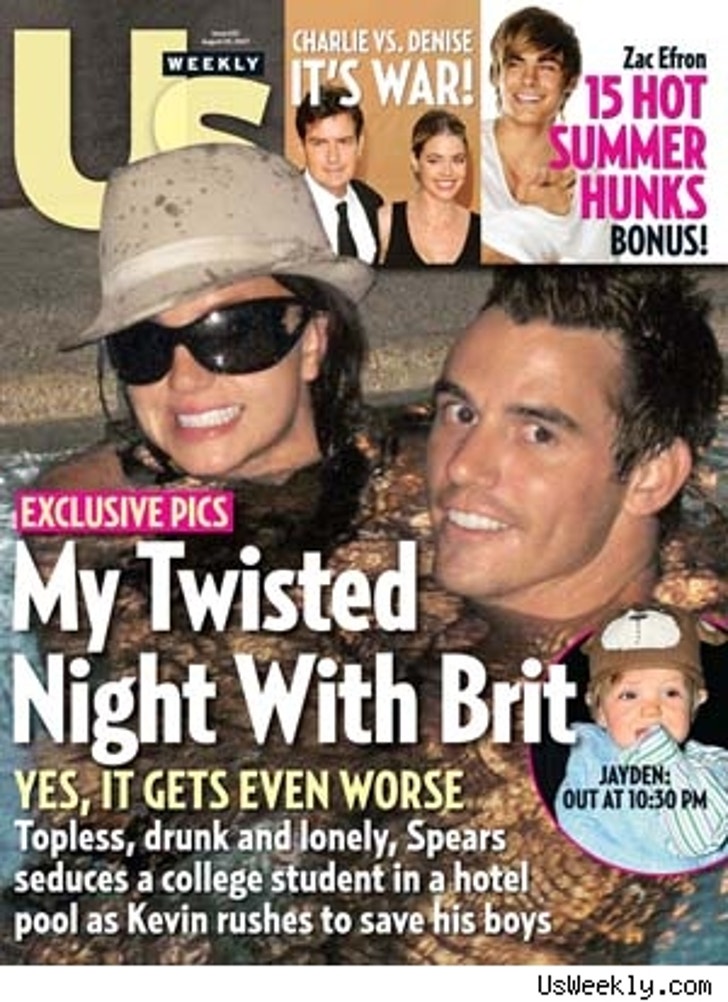 Can bizarro Britney Spears fall any further from grace, y'all? The trainwreckerific Brit-Brit allegedly spent a wild night with a hot young boy toy, reports Us.

College student Matt Encinas was an extra on Brit's latest video and tells how the wild mama invited him and some of the other video extras to a late night private pool party at the Standard Hotel. Brit-Brit then encouraged everyone to play a trashy game of topless truth or dare and Encinas ended up locking lips with the drunk pop tart.

"Britney was the first one to undress, and then everyone else followed. I turned around and saw that she was topless and she had fake tattoos of flowers on her nipples from the shoot," he said. "I was told all she wanted to do that night was kiss a boy, and that's what she did. Mission accomplished."

Wynonna Speaks out on Hubby's Arrest 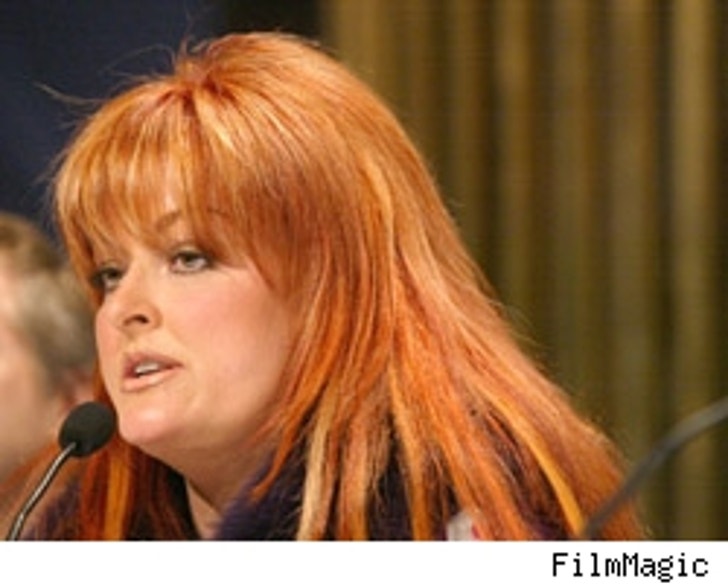 Country crooner Wynonna Judd spoke out for the first time about her husband D.R. Roach's arrest last year. Roach was arrested last March and eventually indicted on three counts of aggravated sexual assault and battery against a minor under the age of 13 while at Shades of Hope rehab center in Texas.

People reports that the September issue of Ladies Home Journal has an exclusive interview with Judd about her ordeal. "My first response when it happened was, I am a mother first and foremost. ... I knew that both Roach and I had issues with addiction when I married him. I know my life. I know the people I chose, I know why I chose them and I really thought that I could change people through loving them enough. It doesn't work that way."
Judd filed for divorce after Roach's arrest, but says she won't rule out a future reconciliation with him. 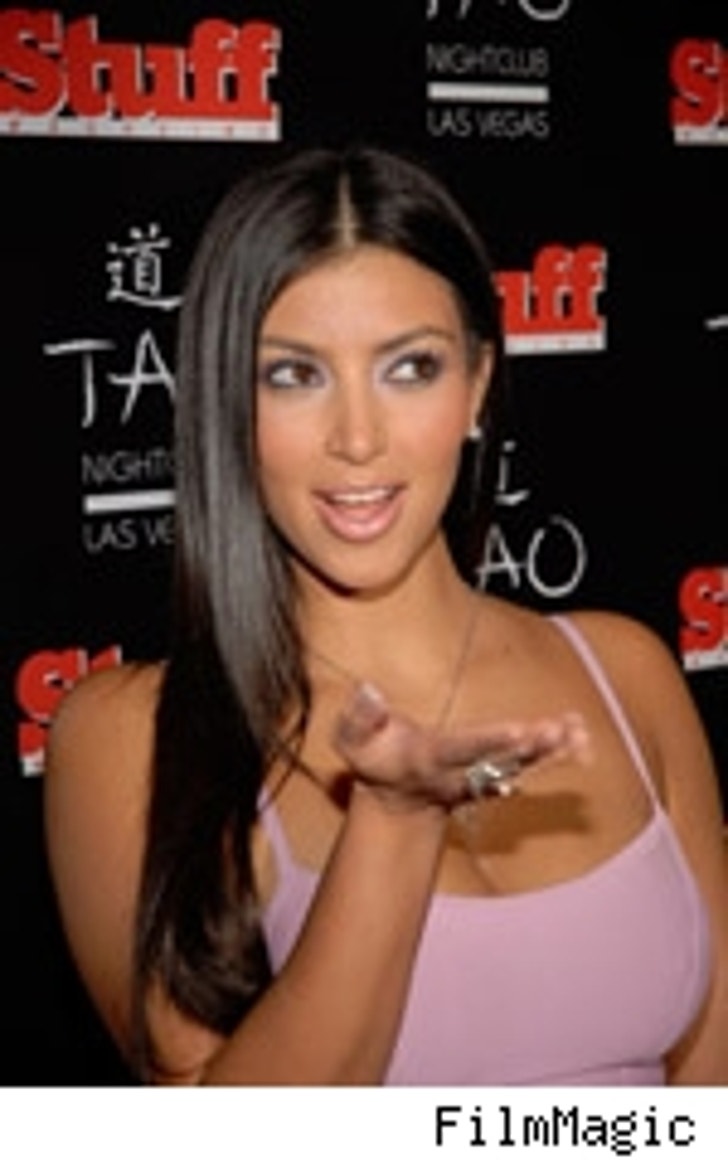 Move over Paris and Nicole and make way for Kim!

The booty-full Kim Kardashian is set to star in a new reality TV show for E! that will replace "The Simple Life," reports Gatecrasher. The network was originally going to develop a show similar to "Life" starring rock celebuspawn Kim Stewart and Kelly Osborne, but canned it in favor of a family-oriented show about the Kardashian clan. The show would feature Kimmy's entire crew, including mom Kris, step-daddy Bruce Jenner and mimbo step-bro Brody Jenner.

Sexiest Man Alive George Clooney will serve as the narrator for a new HBO documentary "Sand and Sorrow," about the social and political crisis in Darfur.