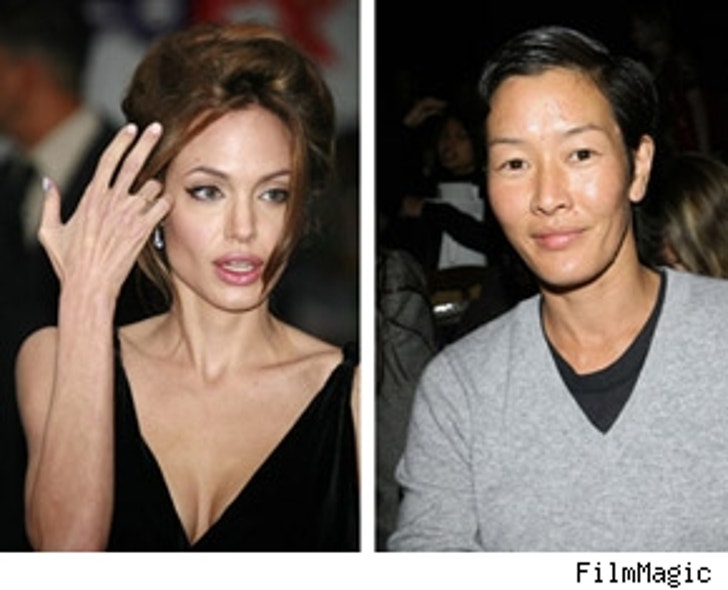 Obsessive child adopter Angelina Jolie says that "I've never hidden my bisexuality, but since I've been with Brad, there's no longer a place for that or S&M in my life."

But Jolie's former lady lover, model/actress/mechanic Jenny Shimizu doesn't buy it. Shimizu and Jolie met in 1996, while working on the craptastic teen film "Foxfire." The Sapphic pair were involved on and off for several years.

"She loves danger and dabbling in the dark side," Shimizu recently told UK tabloid News of the World. "Angelina is an unbelievable lesbian lover. That's where she gets her kicks -- not playing happy family with one man," she added.

Shimizu doesn't buy Angie's story of monogamous heterosexual lovin'. "She loves women too much. It's like a drug and she was hooked."