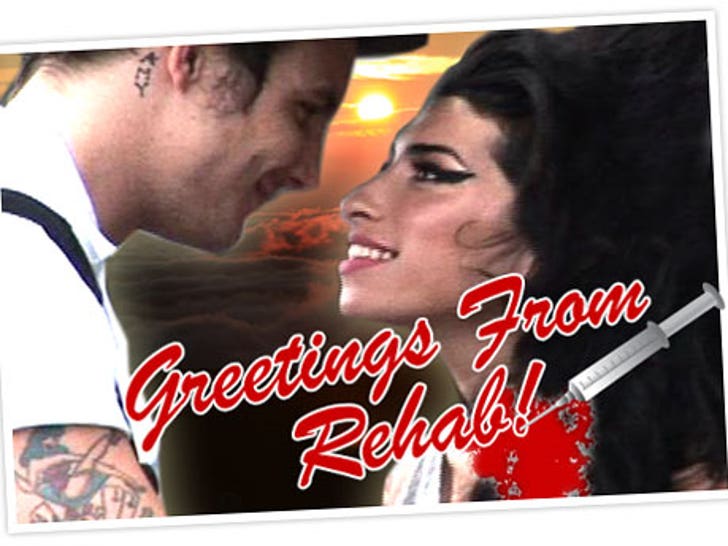 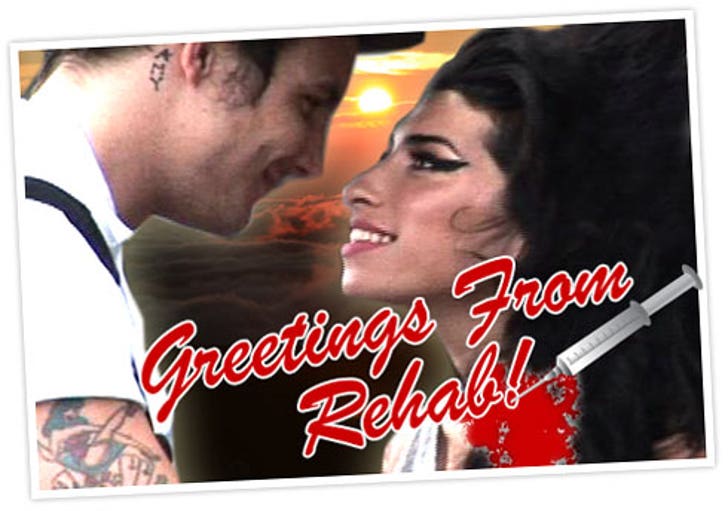 Whinin' Winehouse and Doherty-lite, according to a report in the Mirror, agreed to attend rehab after watching their fathers come to blows over their supposed shared addictions.

And, because it worked so well for LiLo and Brit Brit, Winehouse and Civil-Fielder are heading to the U.S. to get clean. Both are also reportedly seeing the same doctor that helped treat former wild child Kelly Osbourne. What a bloody f**kin' mess!