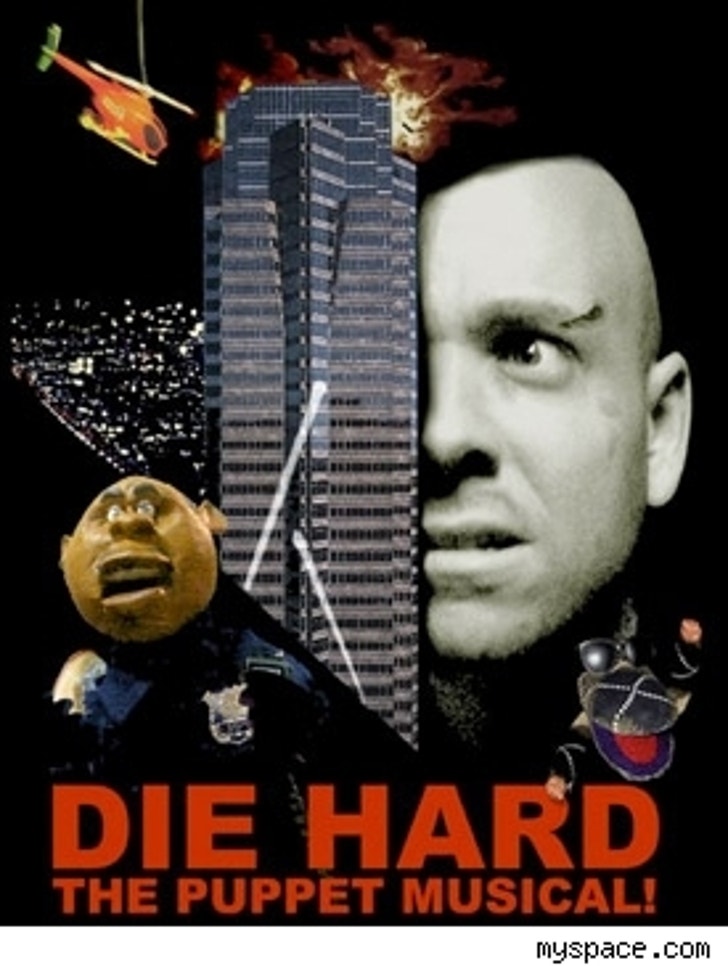 Didn't get your fix with the latest "Die Hard" installment, "Live Free or Die Hard"? Never fear, that loveable puppet of evil men with foreign accents John McClain is here! And we do mean puppet.

"Die Hard: The Puppet Musical" is opening August 20 at Nicu's Spoon Theatre Company in New York , complete with a cast of hand-operated action figures that bear a hilarious resemblance to the original "Die Hard" cast. And never mind acting ability -- they couldn't do too much worse than the actual actors.