The "Beautiful Liar" was seen departing Koi in Los Angeles over the weekend, and while most fans were happily shouting and waving to Shaki, one fan was heard yelling, "I requested you on MySpace, but you denied me!" This crazy isn't going into her Top 8! 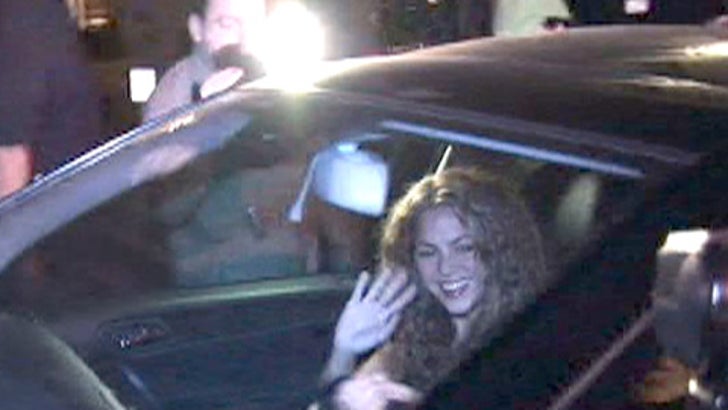 At the LG house in Malibu, Jamie Foxx was seen taking charge of a microphone (again), and laying down the law for some poor individual. That's not relaxed beachside behavior!

A very taut looking Nicollette Sheridan and beau Michael Bolton were spotted at Nobu in Malibu. Across town at the Henry Fonda Theater, America Ferrera snubbed photogs but showed some love to fans by stopping to sign autographs. Betty's actually a hottie!

All this and more in today's hide and seek edition of Star Catcher!