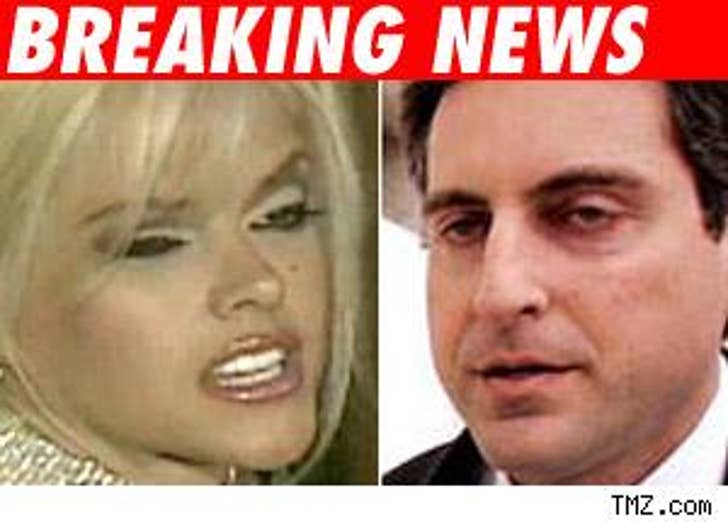 Howard K. Stern has just won a court battle, and will now be able to prevent a video of the late Anna Nicole Smith's breast augmentation surgery from being released.

TMZ was in a Los Angeles County Courtroom today, when a judge granted a preliminary injunction forcing plastic surgeon Dr. Gerald Johnson to return all tapes of Anna Nicole Smith's boob job, which he had filmed.

The judge also ordered that the boob doc could not "disseminate, copy, distribute, or sell" the footage that he has of the surgery.

Who wants to see that? A lot of people.