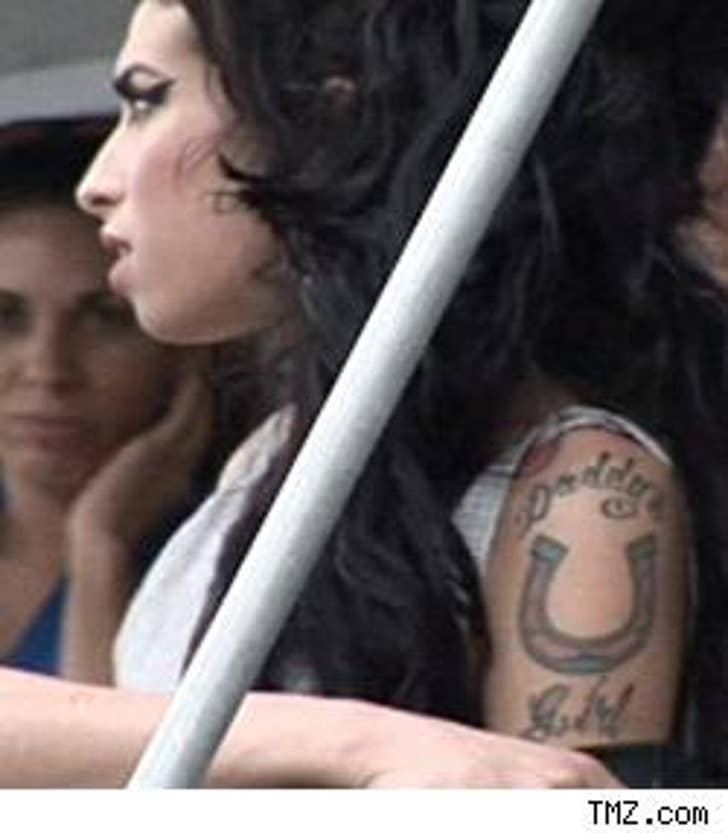 Trainwreck Amy Winehouse's in-laws are so unhappy with her out-of-control behavior, they're asking fans to say "No, no no!" by boycotting her records in order to send a message that "her addiction and behavior are not acceptable."

Giles Fielder-Civil told BBC Radio 5 this morning that he believes his son and daughter-in-law are drug addicts in denial. "They both need to get medical help before one of them, if not both of them, dies," said Giles. He added that his son Blake would be, "very, very cross," with her for speaking out publicly about their personal dramas.

After the interview, Amy's father Mitch called into the station and blasted the idea, saying that Blake's parents are "clutching at straws."

Meanwhile, Amy and Blake are currently kickin' it on an island in the Caribbean.