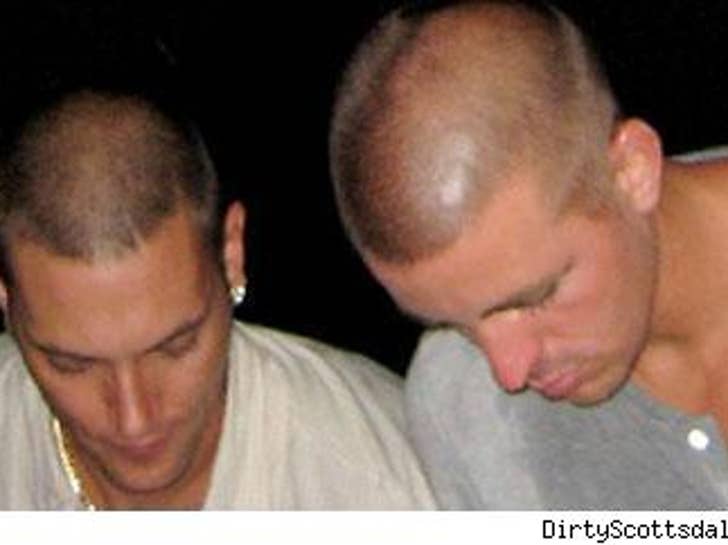 One night after Britney scored a payday in Vegas, K-Fed hit up the other desert party scene to score some Arizona ass! 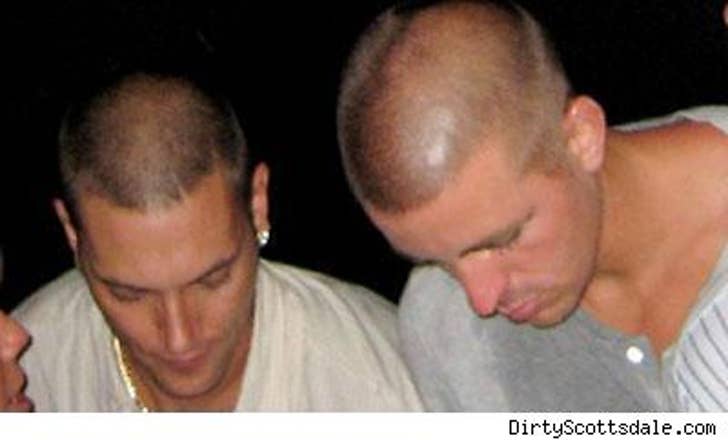 TMZ's pal, Nik Richie, at DirtyScottsdale.com caught Fed-Ex pimpin' with a crew of bodyguards and hangers-on at the Jackrabbit Lounge in Scottsdale, AZ, last night. We're told Kevin's hired muscle was under strict orders to keep him out of plain sight, while he spit game to several smokin' hot chicks.

While Federleezy was quite the smooth operator that evening, one of his buddies was a bit of a mess -- at one point spilling his drink all over himself. Check out the stain on his shirt!

Question to both K-Fed and Britney: Is partying in another state a smart thing to do in the middle of a raging custody war??