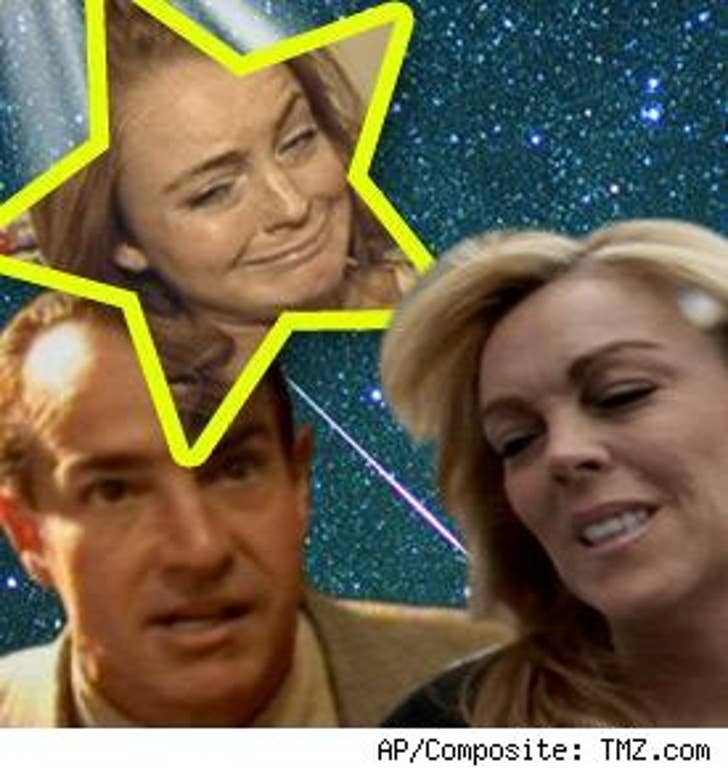 Lindsay Lohan's troubles are not surprising to most, especially not to astrologers who practice the ancient art.

According to Tarot.com, Lohan's "father influence," or her "Michael Factor," occurred when the sun was in the 10th House of Career and Reputation. What does that mean? MiLo wanted LiLo to be famous; and he wanted to be in charge -- (see Simpson sisters). The chart also says papa Lohan was either a hero or a loser (easy choice there), and because of this, Lindsay has a hard time believing she's worth loving. *single tear*

Lindsay's "Dina Factor" shows the important mother/daughter bond was tarnished because of their close friendship. Don't snort, that's spot on! Also, the Moon's strong influence on Jupiter indicates Dina doesn't know how to show LiLo love -- forcing the scarred starlet to fill her empty heart with other stuff -- like booze, drugs and car accidents. Highly inconvenient for shooting schedules.

Hopefully, LiLo will pull through the dark signs -- and get her star back in the Hollywood firmament!