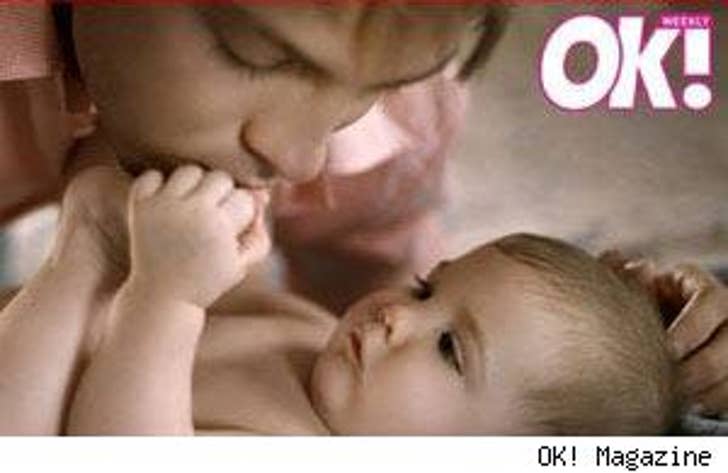 It's hard to believe that it was only a year ago, but on Sept. 7 of last year, little Dannielynn was born to Anna Nicole Smith ... and, it turned out, Larry Birkhead. Larry is pulling out all the stops for his girl's first birthday.

Baby Dannielynn will celebrate with a party tomorrow in Louisville, KY, at the home of Tricia Barnstable Brown, which is where her daddy and late mommy first met in 2004. The party's reportedly going to be bathed in pink, with hot-air balloons that Dannielynn probably can't ride. All told, more than two hundred friends and family are slated to show up, including Howard K. Stern.

Rumor had it that the party favors for the big people at the party included a coupon for a DNA test, but we're hearing that's not true. Though it really is a great idea.