7-Up's old front man, comedian Godfrey Danchimah, was confronted outside the Laugh Factory last night, but it was no laughing matter! 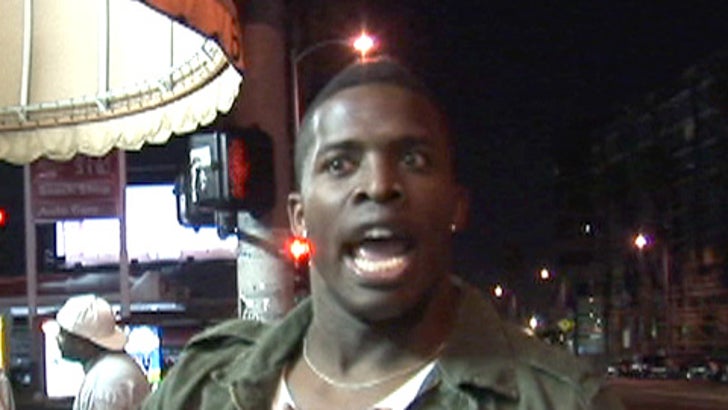 The green comedian had been spittin' game to a girl who claimed to be single -- then her boyfriend showed up! He started talkin' smack to Godfrey -- who wasn't in the mood to take any crap -- and called the guy a "corny ass, West Coast, L.A., shiny shoe wearin', tight jean mother ..." And that was the end of that!

Godfrey took one more shot, saying, "I like ass like everybody else does, but you know what, it's not that serious." 7-Up yours!