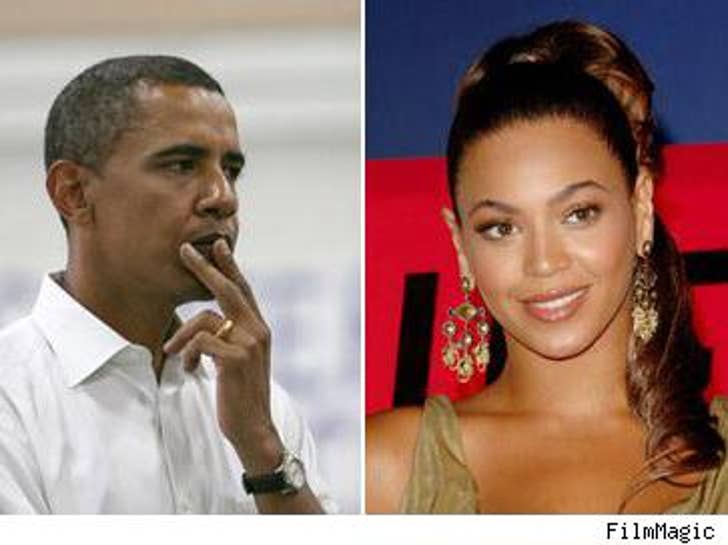 Move over Obama Girl, Democratic presidential candidate Barack Obama's got a new girl on his mind. It turns out he's pretty into bootylicious Beyonce.

On a recent campaign stop in Creston, Iowa, Obama was asked what his top tunes were, according to CNN. It turns out rockin' Barack's a big fan of old soul and new pop -- he even likes some of the new songs the young whippersnappers like!

Said Obama, "I tell you what. I can tell you the kinds of stuff that I love dancing to...I'm sort of of the generation of Stevie Wonder and 'Earth, Wind and Fire."

But Barack's also a big Beyonce fan. "I'm sort of hip to the younger stuff. You know, like Beyonce's 'Crazy in Love.' That's a good song to dance to."