Buzz Aldrin's got himself a new publicist ... his wife! 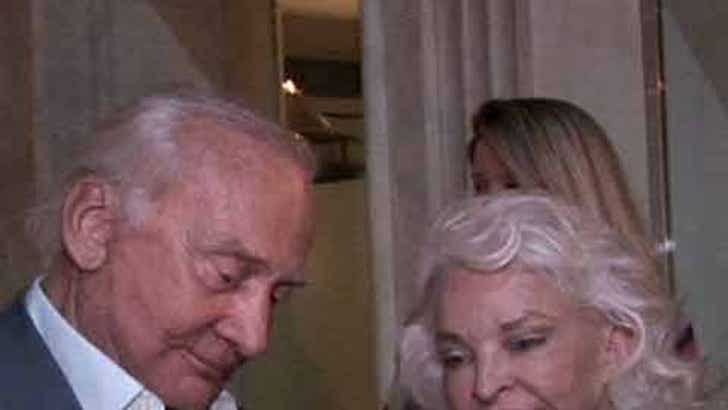 TMZ caught the former space cadet at Mr. Chow last night, where his quick-witted wife, Lois, played handler for Buzz -- as an autograph hunter tried to get the lunar walker's signature. After demanding Buzz sign for the guy, his wife acted as photographer for a few younger hotties who wanted a picture with her hubby. To the moon, Alice!

Wonder who wears the astronaut diapers in this relationship?