Talk show queen Ellen DeGeneres is caught in the middle of a doggy tug of war that has left an innocent girl in tears. 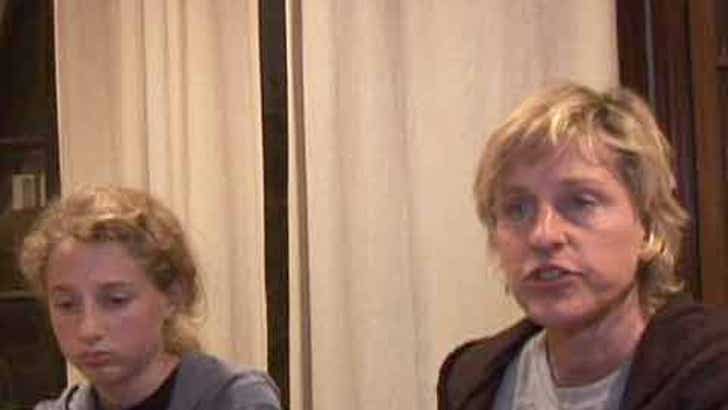 Ellen and her girlfriend, Portia de Rossi, adopted Iggy (a Brussels Griffon mix) from Mutts and Moms, a dog adoption agency. But things didn't work out as Ellen planned -- her cats didn't get along with Iggy -- so she gave the pooch to her hairdresser, who has two kids, including 12-year-old Ruby.

Last night, a rep from the agency came to the hairdresser's home, claiming Ellen violated the contract by not informing the agency of the hand-off. The rep demanded to take the dog away. Ellen' s position -- yeah, she should have notified the agency, but she found a loving home and isn't that what counts? The agency rep stuck to her guns and removed the dog with cops present. Ruby is heartbroken; reduced to tears.