Paris Hilton's black Cadillac Escalade was side-swiped by a paparazzo trying to get a good shot of the heiress, but don't worry -- Paris wasn't driving this time. Whew! 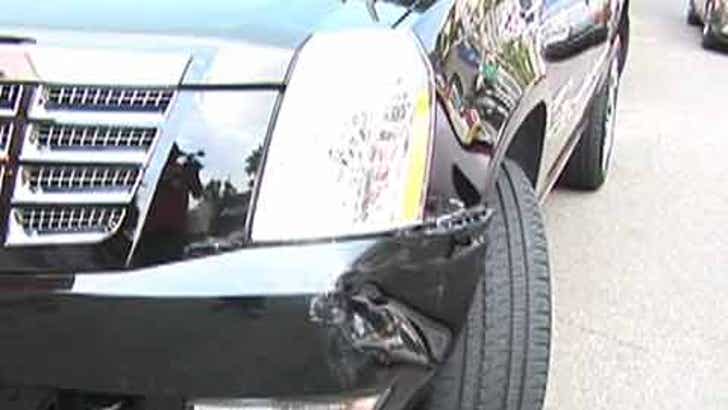 Hilton was riding in the back seat as her car pulled into the alley behind Kitson, the trendy boutique on Robertson Blvd., where earlier in the day Paris launched her new fragrance.

Paris' driver tells TMZ that he was parked at the time of the accident. He explains that a black Mercedes, driven by a photographer, pulled in front of Hilton's car to get a good shot of Paris heading into Kitson. But, according to Paris' driver, the paparazzo left the car in reverse!

The driver tells us, "The car is backing up into me, in reverse, as my client is getting out of the car. Basically it was either me risking hurting my client, which I wasn't willing to do, of course, or taking the hit. So we took the hit."

Paris was unhurt (whew again!) but a bodyguard who was riding in the front passenger seat complained of neck pain. The two parties exchanged information, but no cops or paramedics were called. In fact, Paris headed into Kitson to go about her shopping!

What, you thought a little car accident would stop her? Calls to Paris' rep were not immediately returned.