Cathy Jones rained hellfire outside NY club Butter last night, after she couldn't get in -- blaming the club with "racism, sexism and chronologicalism." Pretty sure that last one isn't even a real word. 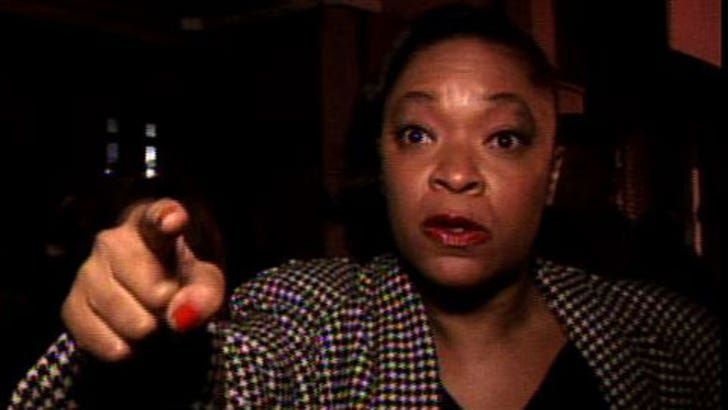 Jones, the Executive VP of something called Urban Communications and former Wu-Tang Clan manager, went on a rage-filled rant to TMZ's camera, finger-waving and yelling at the camera, "I want to move with the Nation of Islam to revoke the liquor license and shut the club down ... I know they got young white bitches in here with fake IDs."

Also left out in the cold was singer Alyson Williams, spotted talking to Butter regular Sean 'Diddy' Combs before he took off for the night. They should have had him leave their names at the door!