Actorvist/director/former Madonna boytoy Sean Penn had his army working overtime outside of the Kodak Theatre last night -- a group of bodyguards proffering a one-handed salute in an attempt to block Sean's face from photogs. 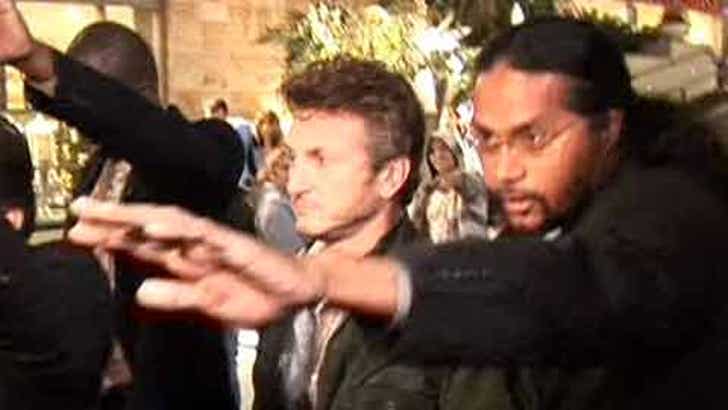 Almost as bad as the one-fingered salute TMZ got from him last time!