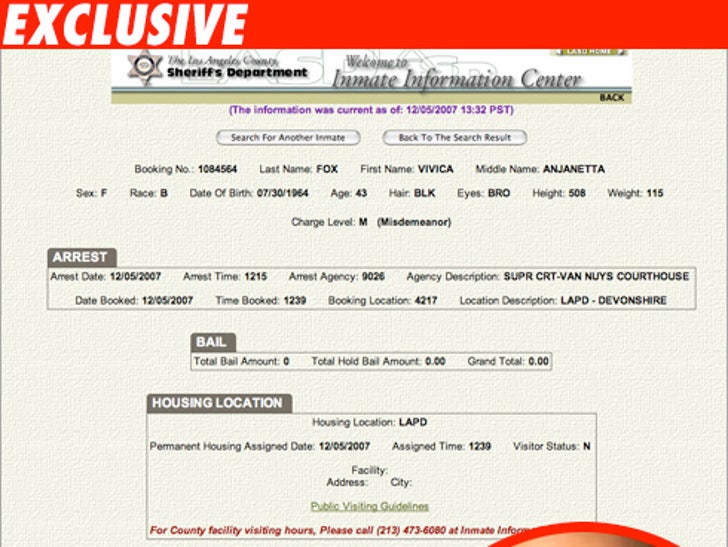 TMZ has confirmed that actress Vivica A. Fox has booked herself today at 12:15 PM PT with the LAPD on DUI charges. 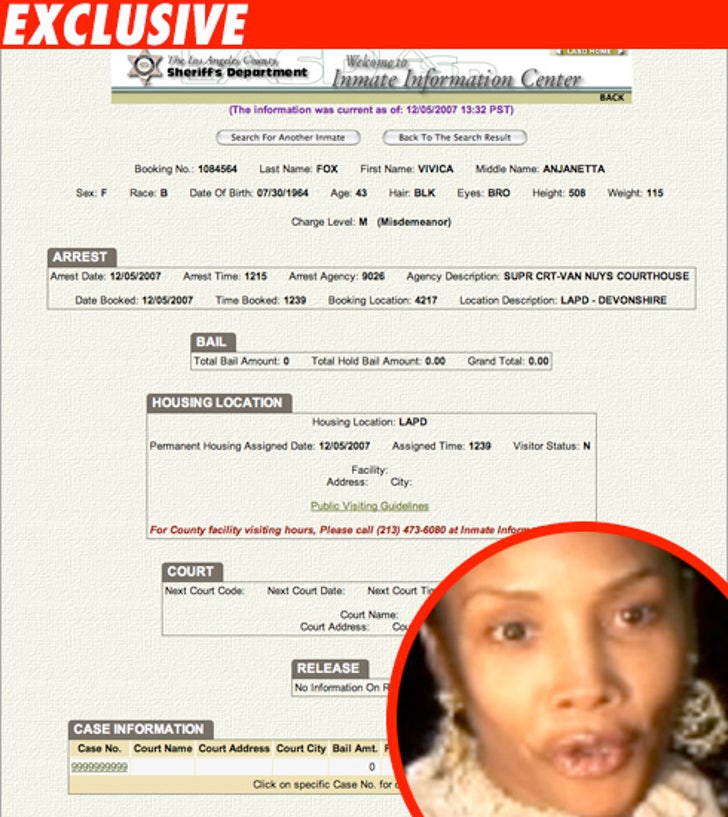 On Monday, Fox (middle name Anjanetta) was ordered by a judge to be booked or be faced with a bench warrant. Sources tell us that Fox was at the station for approximately 20 minutes and was "very congenial."