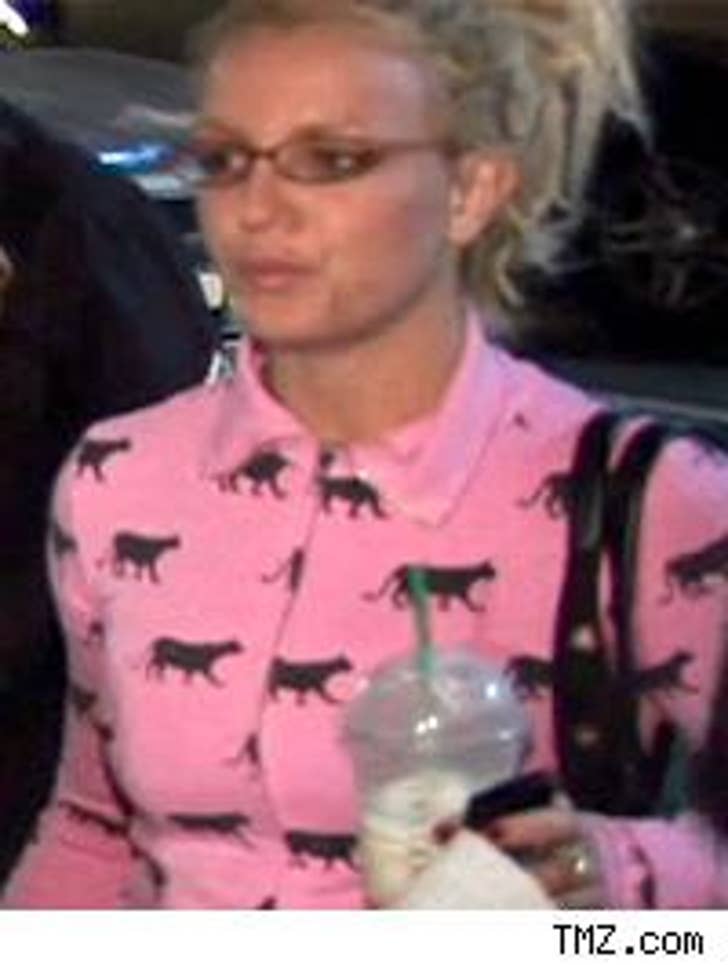 Britney Spears did not call the paps for a photo op, says MSNBC. A photog sent out a release announcing that she was given the high honor of snapping Brit with the boys.

The pink-wigged wonder was hoping for some extra points in the Mom of the Year category and sat down for a holiday photo with JJ and SP. Only problem: the photographer wants to make a buck or two -- and with no confidentiality agreement, it seems that mama's holiday card could become a mass promo mailing.

The Pizza is Getting Cold

Paris Hilton wants to sail again with Stavros, according to the NY Post. The socially conscious socialite was in Miami this week, trailing her shipping heir ex -- who has been spending time with Greasy Bear's old flame, Caroline Vreeland. The hard-working heiress attempted to get Stavros' attention and even tried to get his new lady friend kicked out of the clubs.

Alas, when all else failed, spies say Paris allegedly punched the girl. Not our Paris! Reps deny. Eventually pizza gets old.

The Queen Gabber is stumping for presidential wannabe Barack Obama in Iowa today, and heads to rallies in New Hampshire and South Carolina on Sunday, reports the L.A. Times. Obama is closing the gap with Hillary in key primary states, and the boiling hot star power of the Big O may just push Senator O down Pennsylvania Avenue. Oprah has raised $3 million for the candidate and is expected to draw huge crowds this weekend. Already in South Carolina, demand for the Double O's appearance was so high, they moved the small gathering to an 80,000-seat stadium. Will she give cars to all of them? Oprah can sell books, but can she sell a prez?

Party Favors: Vanessa Goes to Washington ... "Friends" May Meet for One More Latte

Having naked photos you sent your BF surface on the Internet can work wonders for a career. Teen sensation Vanessa Hudgens is performing tomorrow at the annual Christmas in Washington concert (via Just Jared). ... Actress Courteney Cox tells Us that it is unlikely there will be a "Friends" reunion show, but never say never.