Yes, it's true: Lindsay Lohan is back in the recording studio making a new album ... with Britney Spears' ex-boytoy/not-baby-daddy J.R. Rotem. "Rumors: Part 2" anyone?! 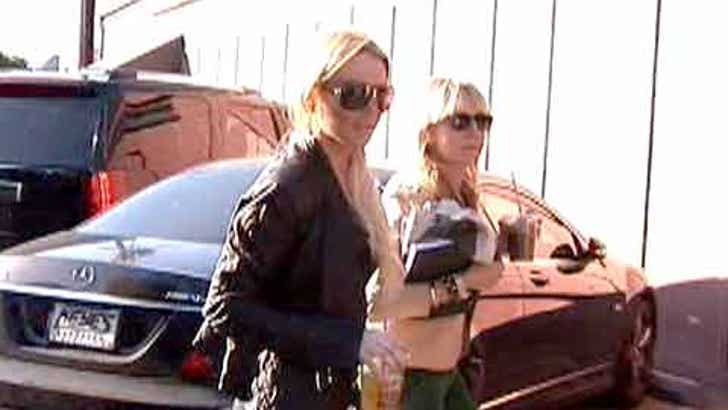 TMZ caught Lohan at the studio yesterday, having a smoke break with JR. Lohan also pimped herself out for the pint-sized pap again, giving young Austin a few exclusive shots along the way.

As for her CD, don't hate. Just because Rotem is responsible for a few tracks on K-Fed's record, doesn't mean he can't turn out the hits. He produced smash hit "S.O.S." for Rihanna. So there.