David Weintraub and Shifty Shellshock (of the band Crazy Town) were denied outside of Hyde last night. Only problem: The "host" at the door was a loony, stoney phony! 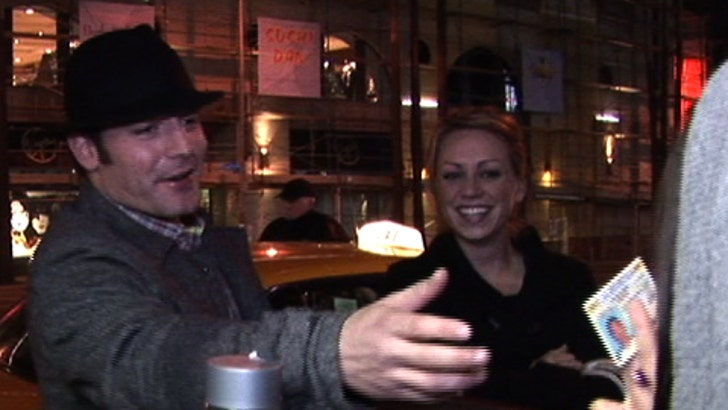 TMZ was in front of the Sunset Blvd. club last night, when a short, seemingly wasted girl took over the door and gave Weintraub the third degree over his license, which she said was fake. Like her "job" -- the girl later admitted she had no affiliation with the club at all!