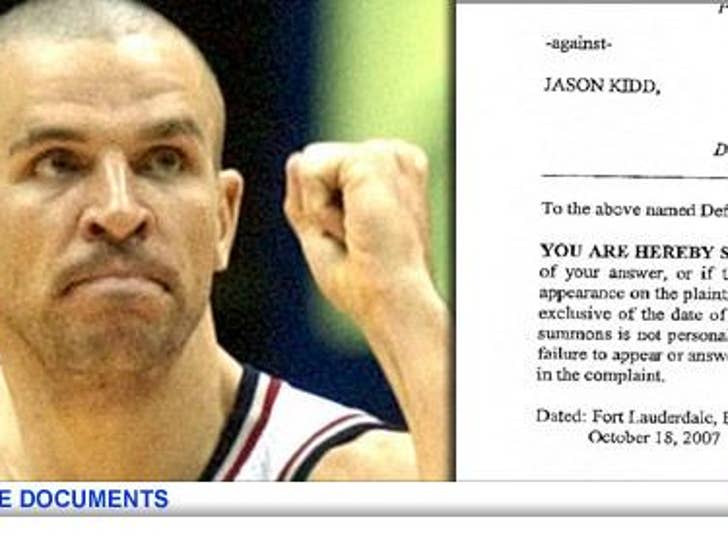 Jason Kidd and his million-dollar hands got slapped with a lawsuit by the New York woman who's been alleging that Kidd groped her at a tony Manhattan nightclub. 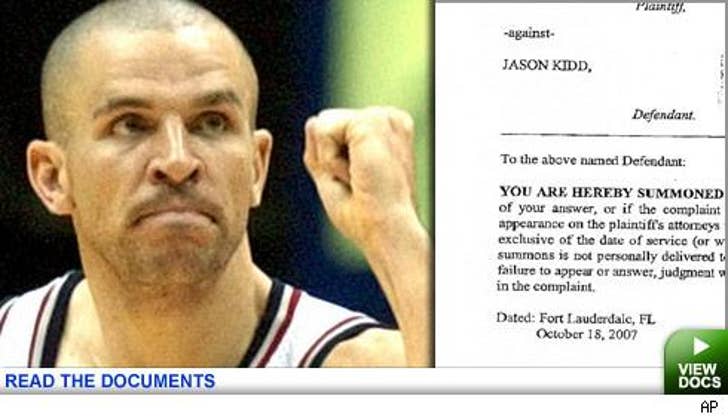 The woman -- ID'd only as Jane Doe in the suit -- claims in papers that Kidd "battered and assaulted" her on the night of October 10, grabbing her crotch and butt, in addition to verbally threatening her. The allegations had been made in October, but no charges have yet been filed by the Manhattan District Attorney's office. When we called today, the D.A. had no comment. The suit itself seeks unspecified damages.

Kidd's lawyer earlier called the suit "nothing more than a brazen and defamatory search for a payout."