Who has time for couples counseling when there's a hot club waiting? Pamela Anderson and Rick Salomon aka Whitney and Bobby 2.0 -- were spotted leaving Villa lounge last night, and surprisingly, they did not break up during the time they were inside! That's some sort of a record! 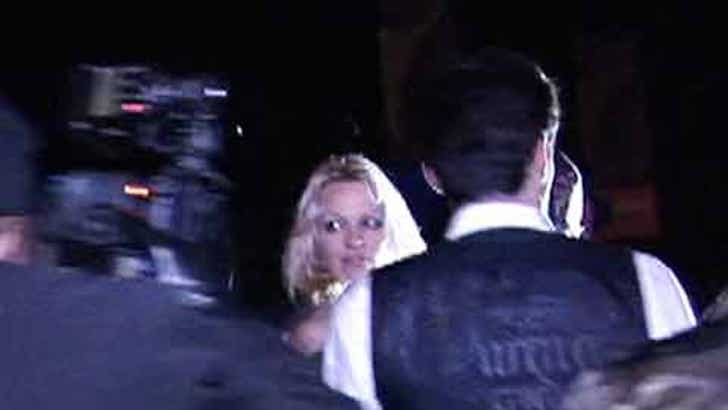 The duo kept their thoughts to themselves (if, in fact, they had any) as they loaded into their getaway vehicle. The on-again-off-again-on-again pair still deny that they are doing a reality show. It's too bad -- a reality show would be a better excuse for their antics!