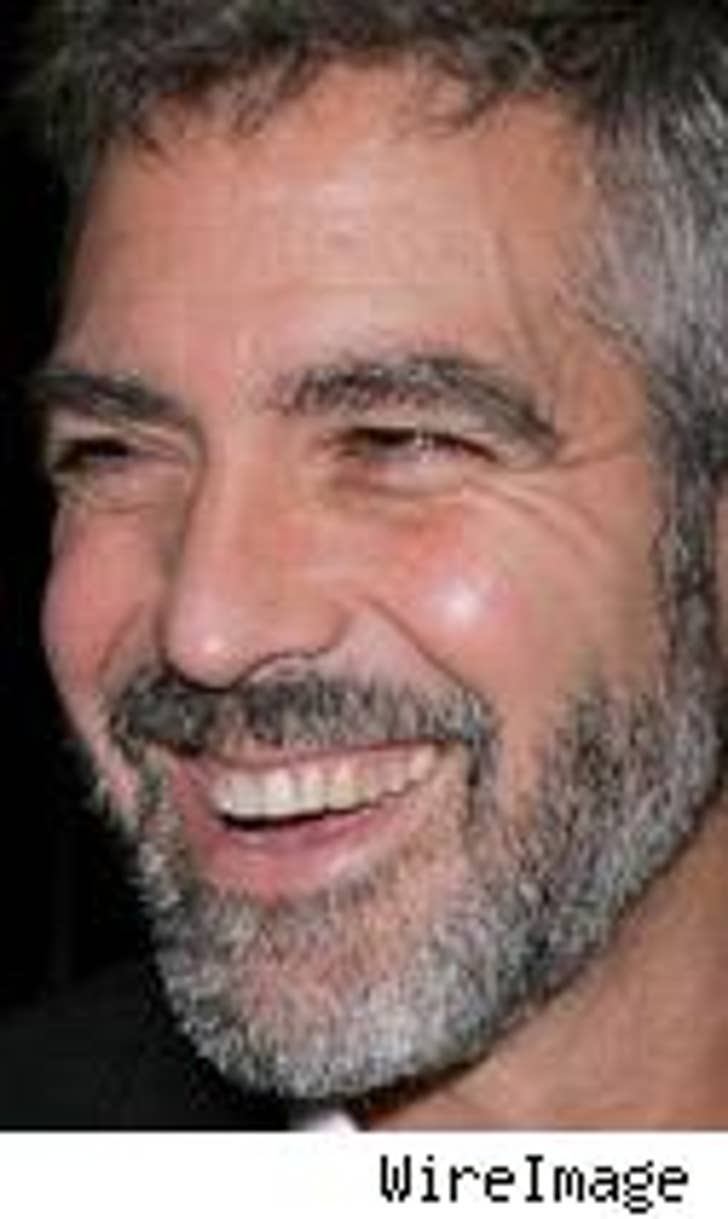 The United Nations is having a hard time finding their voice these days. The international body has extended a branch to George Clooney to promote peace throughout the world (via the L.A. Times). Note to other charitable and peace-seeking organizations: when a job is too big, hire a movie star who comes camera ready to get things done. George will help the children of the world and be a "messenger of peace." Angelina must have been busy.

Backstreet Has Brit's Back

While her family organized an ambush with Dr. "I got no license" Phil, A.J. McLean is reaching out to the popwreck through People, saying he is the one who can save her life. The 30-year-old Backstreet Boy wants Brit to know he believes in her "110 percent" and that she should quit playin' games and give him a ring.

A.J. has battled his own addictions in the past and says he is confident Britney can "get her life back in order" and will always keep it real with the troubled star. The boy band singer says he won't miss a note and will ask Britney: "Hey, do you want to die?" and "What the hell is wrong with you?" There's nothing like a little tough love.

Katie Holmes called into Ryan Seacrest's radio show and gushed over being married to the "biggest movie star in the world" (via Us). The robomom said baby Suri is a big fan of the Spice Girls and addicted to "American Idol" (she's the one). When asked if there were any more offspring in TomKat's future, Katie said, "Not in the immediate future. Long term, of course."

Big Red Chef Mario Batali told Us that his pal Gwyneth was wheeled into a NYC hospital this week for "a gastrointestinal situation." ...Christina Ricci says she is obsessed with gambling, but has no luck with the ponies, according to People.