Pretty Boy Floyd Mayweather and Zab Judah decided to lose the boxing gloves and battle with their cash in Las Vegas this weekend. 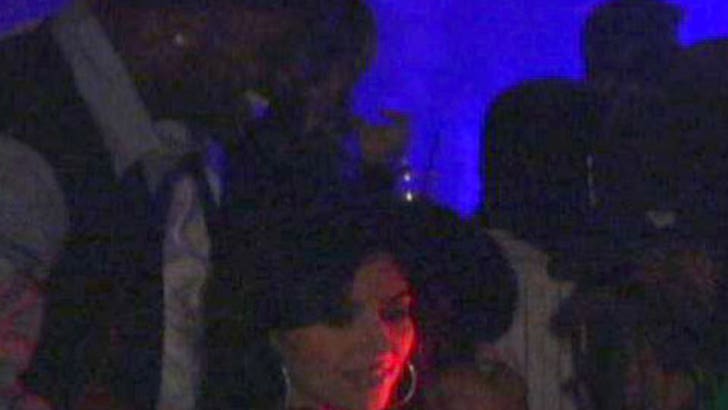 TMZ was there as the two boxers battled over who could buy the most bottles of champagne at Prive nightclub in Planet Hollywood. When the dust settled, Pretty Boy laid down a pretty penny for three magnums of Perrier Jouet Rose -- at $2,000 a cork pop. For good measure, he threw an additional $5,000 in Benjamins into the crowd!

But it was Judah who topped the champ by racking up the mother of all bar bills by shelling out for 50 bottles of Dom at $1,000 each. That's 50k on booze alone!