Verne Troyer was bombarded outside the Ivy yesterday by a man claiming Troyer's ex-wife, Genevieve Gallen, tried to kill herself last month. 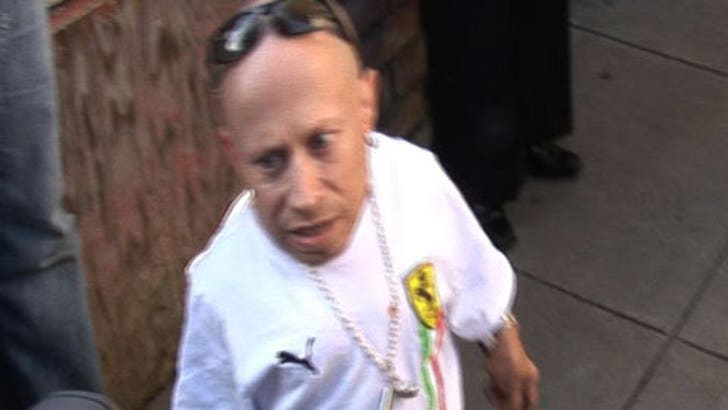 Verne tried to keep his cool -- telling the rest of the cameras that it was not true and that the man should "f**k off!" A rep for Troyer said he hadn't heard anything about the allegations. TMZ tried to reach Gallen, but calls were not immediately returned.

Oddly, Verne was having lunch with Jessica Simpson lookalike Lynsey Nordstrom -- the same chick who jinxed the Cowboys by posing as Jess at their game against the Giants.