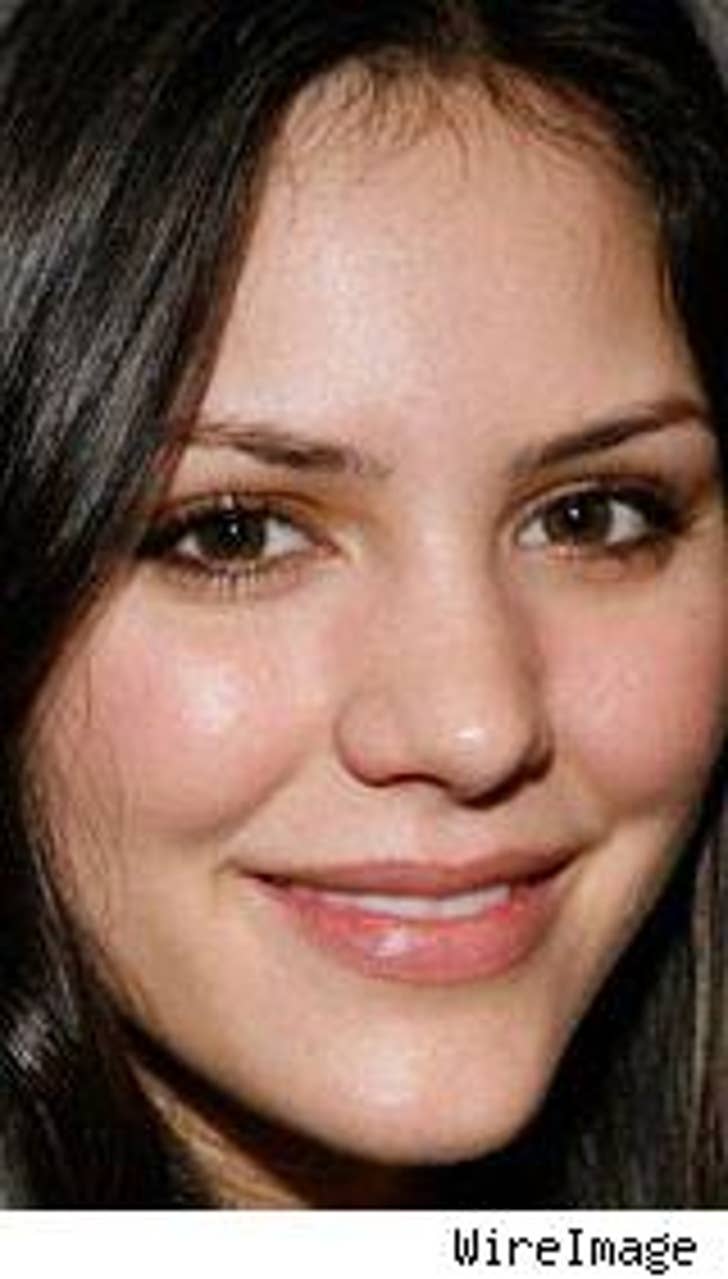 Former "American Idol" contestant, Katharine McPhee, married her longtime boyfriend in Los Angeles on Saturday. The 23-year-old wannabeen singer/actress and Nick Cokas (who is 42, by the way) were strictly platonic before Katharine auditioned for the hit reality show.

As Kat's star began to rise, so did the relationship. The two started dating and Nick became a strong support for the Suga-Mama as she struggled with the pressures of the show and her secret eating disorder. McPhee told People that "Nick is the love of my life. This is a once in a lifetime occasion and everything is just perfect." Katharine was recently dumped by her record label.

Joker Was No Laughing Matter for Heath

The NY Post reports that Heath Ledger locked himself in a London hotel for six weeks to prepare for his dark role in the upcoming Batman film. The late star became compulsive about perfecting every nuance of the twisted Joker, coming up with different voices and laughs -- he even kept a journal on what went on inside the mind of the character.

Meanwhile, friends and family of Heath Ledger -- including Tom Cruise, Katie Holmes, Sienna Miller, and Ellen DeGeneres -- gathered yesterday at the Sony lot in L.A. for a memorial service for the late actor, reports People.

The End is Near -- Studios and Writers Make a Deal

Hollywood went dark three months ago when the writers put down their laptops and walked off the set. The major sticking point for the WGA is compensation for programming distributed via the Internet, which eventually led to the complete breakdown of the talks in December.

With both parties walking away from the table (just in time for a long winter holiday), TV viewers were forced to watch reality television. Now, according to sources (via MSNBC), a tentative agreement has been reached, which could finish the script of this horror story by the end of the week.

The Material Girl is still in charge. In her new music video, Madonna, 49, dresses up as a dominatrix and takes pleasure in whipping Justin Timberlake and Timbaland, says the Daily Mirror. ... All good things must come to an end. Paula Abdul is singing again on a CD for the first time since 1995 (via Yahoo News). ...In the high pressure and fast-paced world of fame, one personal assistant is not enough. The NY Post reports that some celebs employ dog nannies, wardrobe dressers, political advisers and even an eyelash technician to take care of their needs. Hard to find good help.