Two of the heroes of the New York Giants' Super Bowl win, Plaxico Burress and Brandon Jacobs, did not have football on their minds as they basked in the victory limelight last night in Manhattan -- with plenty of Patrón at the Pink Elephant. 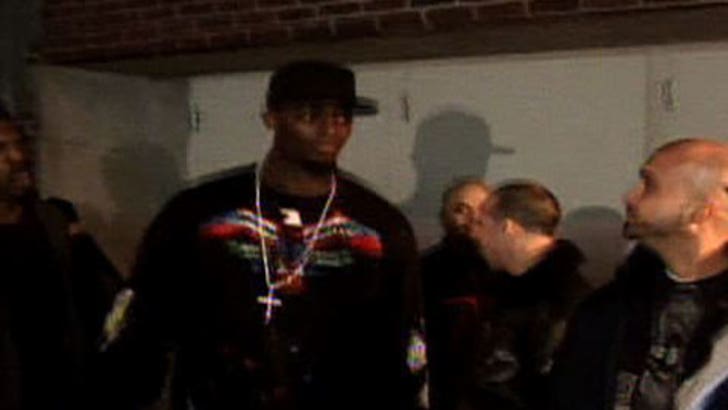 Plax, who caught the winning TD, and Jacobs, who converted a key fourth down, were joined later by rookie RB Ahmad Bradshaw, who let out a barbaric yawp of world champion proportions.