Paris Hilton's ex-flack popped up on all the blogs after he showed up for her birthday party looking like a reject from "Charlie and the Chocolate Factory" -- but he assures TMZ it was just a joke! 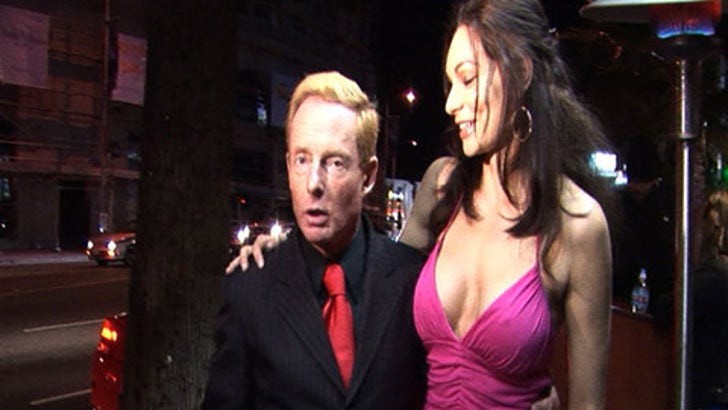 TMZ caught Elliot Mintz and some hot glamazon arm candy at The Copa Hyde last night -- and after our interview was interrupted by a tripping runner, he told us his previous look wasn't a case of self-tanner-gone-bad, but actually a Barry Manilow costume.