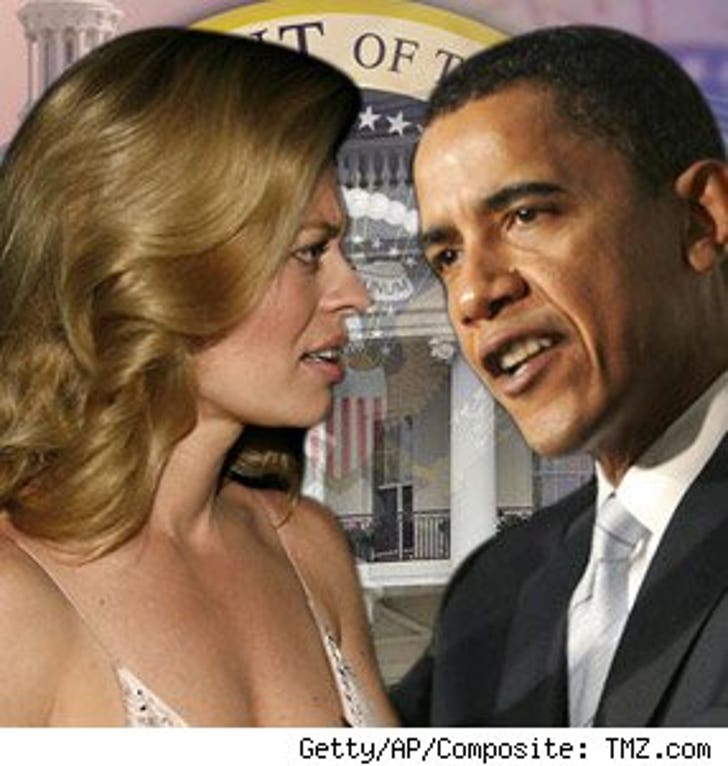 If Barack Obama ends up winning the White House, the first person he should probably thank on Election Night is ... Jeri Ryan. Like, "Star Trek's" Seven of Nine Jeri Ryan? Yup.

Back in 2004, when Obama was a small-time State Senator from Illinois and running for a U.S. Senate seat, his GOP opponent was Jack Ryan, a super-wealthy businessman who was actually favored in the contest -- and who had gone through a messy divorce from ... Jeri Ryan.

The divorce was a slapfight of Hasselhoffian proportions, and Jeri's allegations that Jack had forced her to go to sex clubs in New York and Paris -- and wanted her to have sex with him in the clubs -- completely ruined Jack's campaign ... and Obama went on to win the seat. And now, perhaps, the one in the Oval Office.

We asked Ryan's rep how she feels about it, but haven't heard back yet.