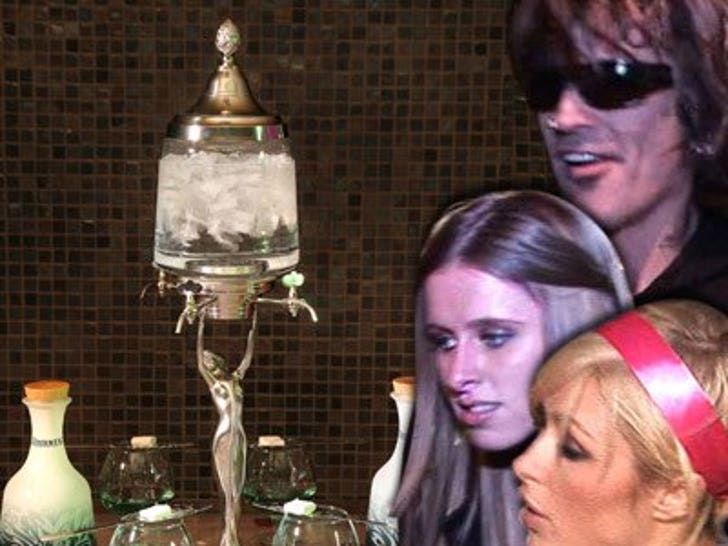 As if Paris Hilton needed more rocket fuel to make her visits to Las Vegas even more insane and unintelligible, now she's got absinthe to amp it up -- mais oui, that sly green slurry that makes sober adults go totally bats**t. 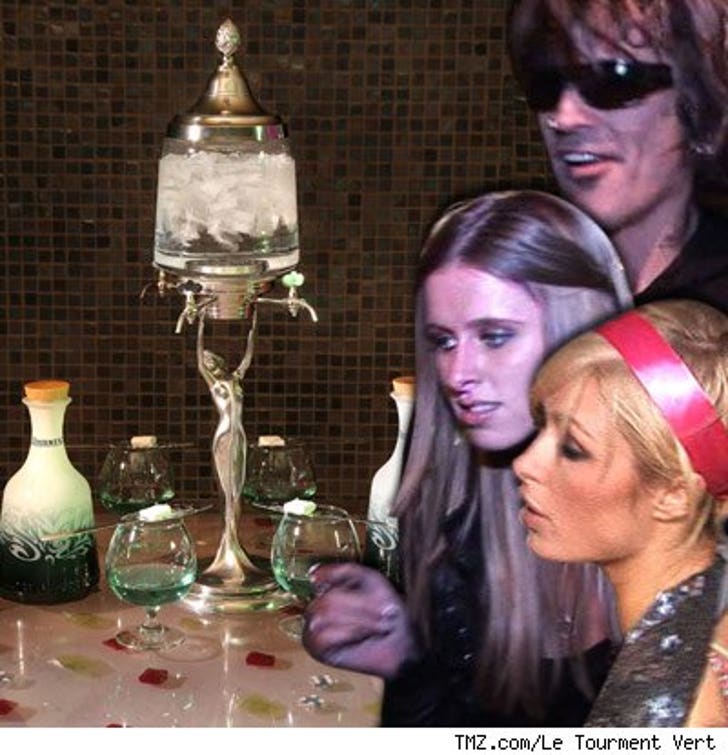 Spies at the Palms Hotel and Casino tell TMZ that Paris and sis Nicky and their entourage indulged last weekend in a bottle of Le Tourment Vert, a French import, as did partymate Tommy Lee. And we're also told that Lil' Wayne liked it so much -- he's featuring it in his newest music video.

Why is absinthe making stars' hearts (and minds) grow crazazier? Until just a few months ago, it had been banned, because it had been portrayed since the early 20th century as a dangerous, psychoactive drug -- and production was prohibited here. Sounds just like what Paris Hilton needs.