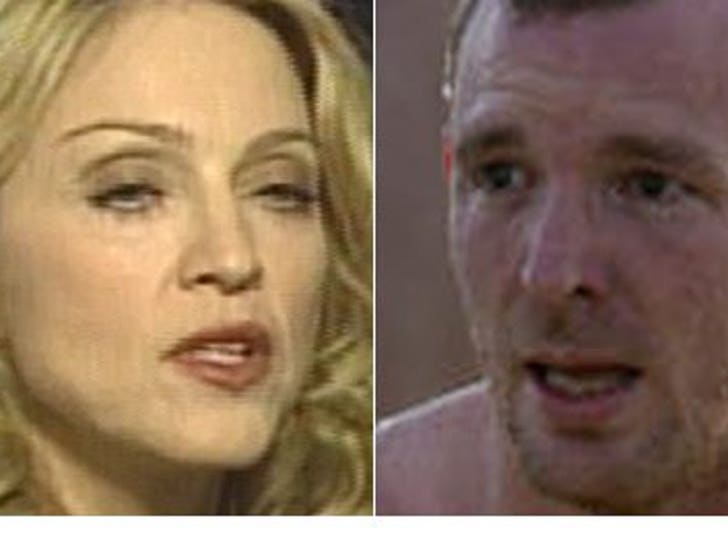 Mr. & Mrs. Madonna are not breaking up! 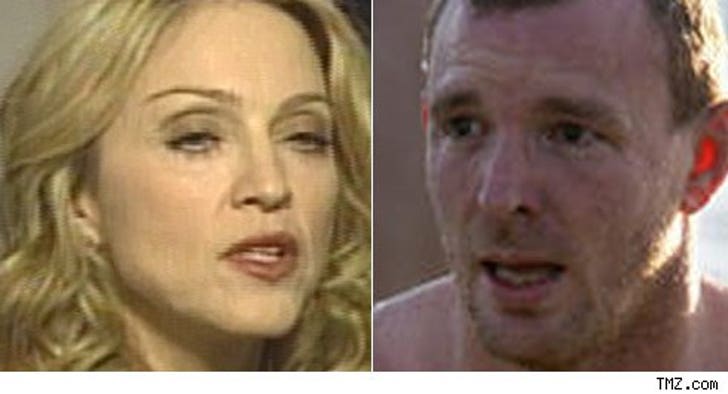 With reports that the Material middle-ager and Guy Ritchie -- her husband of over seven years -- were on the outs, Madge's longtime rep Liz Rosenberg issued a statement saying, "I am delighted to confirm that Mr. and Mrs. Guy Ritchie remain happily married."

Rumors of their divorce began to swirl after Guy failed to show up alongside Madonna at her Malawi benefit last month and her induction into the Rock and Roll Hall of Fame last week. The nerve! According to Rosenberg, Madonna was in NYC doing promotion for her upcoming album, while Guy was in England finishing a Nike commercial and his new flop film.

Guy may be busy, but when your pop icon wife gets inducted into the Rock and Roll Hall of Fame -- you take a vacation day!

Madonna: You're Damn Right It's About Time