Carmen Electra and new boyfriend Rob Patterson went to Villa last night and signed the bare torso of an excited fan. Haven't we seen those guys before? 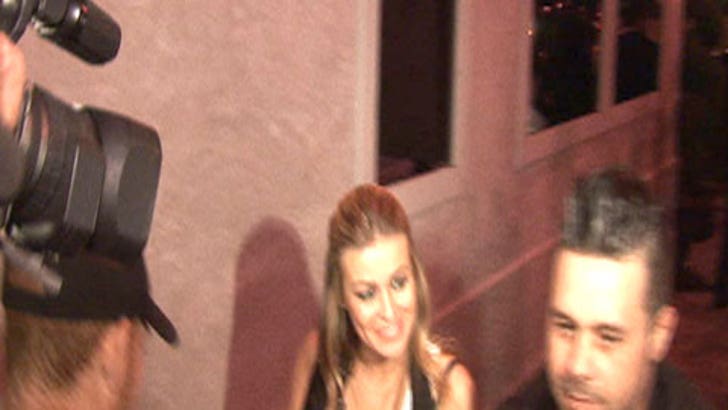 Also in L.A.: Rosario Dawson upped her indie cred with KCRW DJ/boyfriend Mathieu Schreyer (though they didn't want to be photographed together), Felicity Huffman talked twins and Mrs. Partridge Shirley Jones was out at Miceli's in Hollywood.

NY was full of hot men: David Beckham looking mayjah in a suit, Jonathan Rhys Meyers rocking a stache and Tom Brady had paps wondering "what's in the box?!"