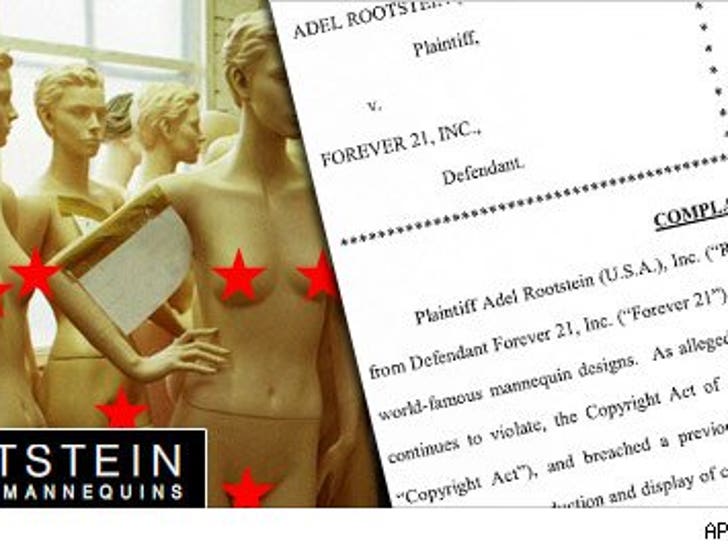 Rootstein, a company that makes "artistic mannequins that are sculpted by artists," is suing an Illinois clothing company for misusing their mannies -- for the second time! 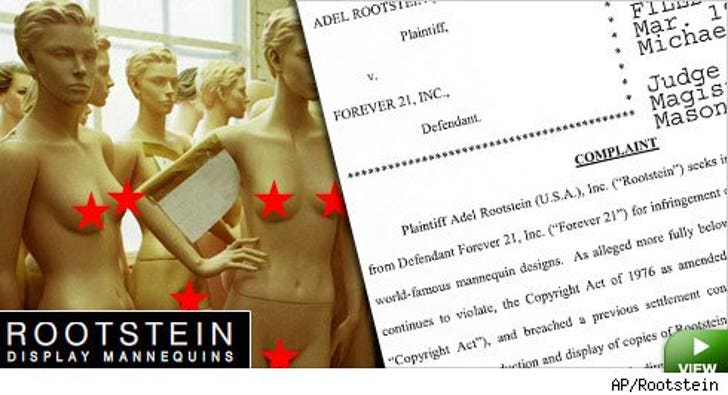 Rootstein manufactured some of its high-quality mannequins for an Illinois clothing company, Forever 21, who then made unauthorized copies of them using lower grade materials -- and used those copies at its retail stores in Illinois.

On August 23, 2007, Rootstein and Forever 21 signed a Settlement Agreement to resolve the parties' dispute -- which stated Forever 21 could continue to use the disputed mannequin designs until Jan. 31, 2008, for a fee of $75,000. After that date, Forever 21 was required to destroy all mannequin copies and was not permitted to order any more from Rootstein.

Forever 21 has now allegedly continued to use the mannequins despite the settlement -- and Rootstein is fed up! Rootstein is now suing Forever 21 over a breach of contract and copyright infringement.

A rep for Forever 21 could not be reached for comment.