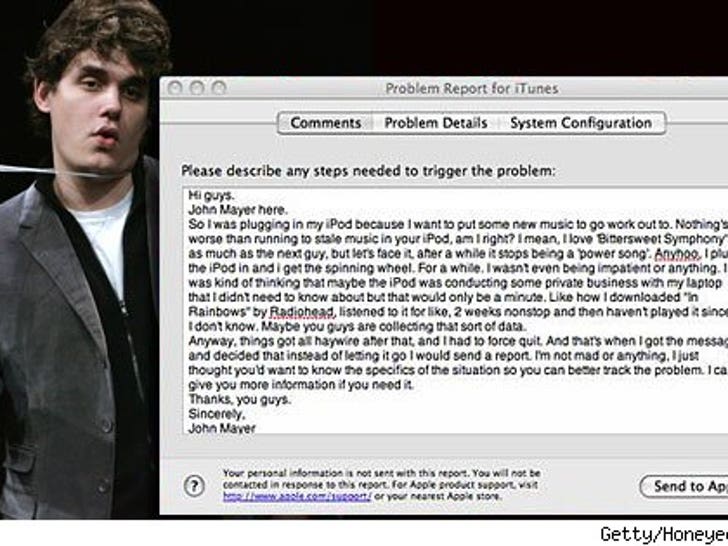 Apple's number one celebrity customer, John Mayer, took to the Internet to blog about his iPod freezing and other random thoughts about Apple. Actually most of Mayer's thoughts are pretty random. 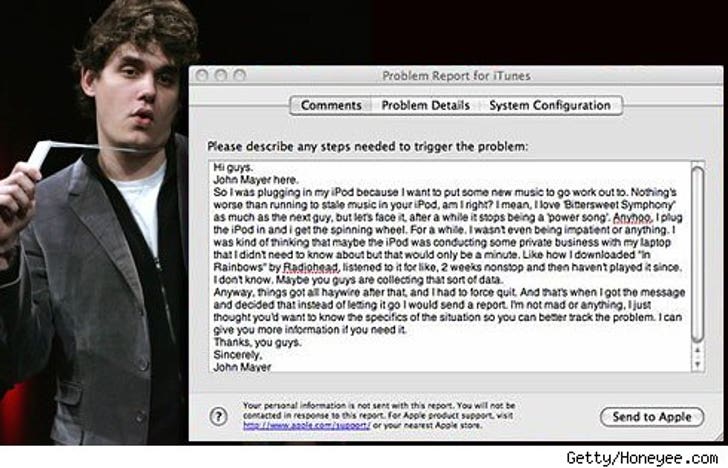 Mayer's iPod (apparently filled with Radiohead and "Bittersweet Symphony") went on the fritz, so he decided to tell the company about it, saying, "I've been wondering what would happen if I did file a report, and it is out of sheer curiosity that I decided to click on the blue button instead of the white one." Hopefully it's nothing like swallowing the blue pill in the "Matrix" or we'll never see Johnny boy again!

Mayer is a huge fan of anything Mac related, even playing at the keynote address for the company last year.