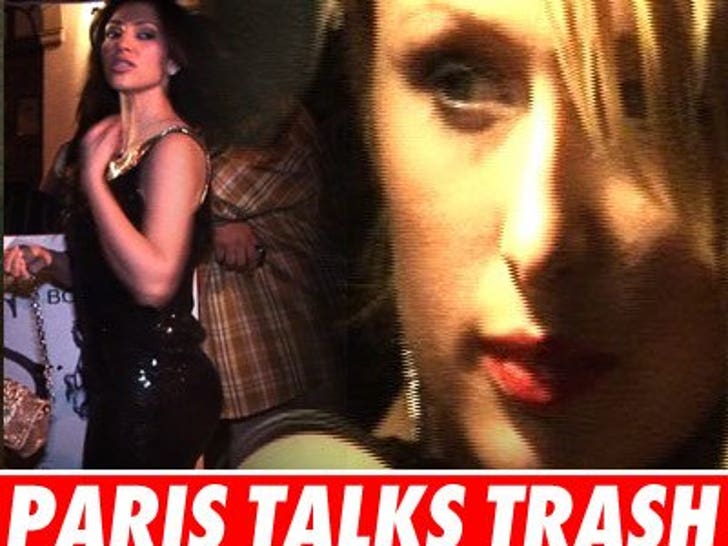 Who needs enemies when you have friends like Paris Hilton! The hocialite called in yesterday morning to the Chet Buchanan and the Morning Zoo show on Vegas' KLUC-FM and laid a fierce verbal tush whoopin' on Kim Kardashian -- calling her "disgusting" and saying her butt "looks like cottage cheese stuffed in a trash bag." WTF? Pot, meet the trampy kettle! 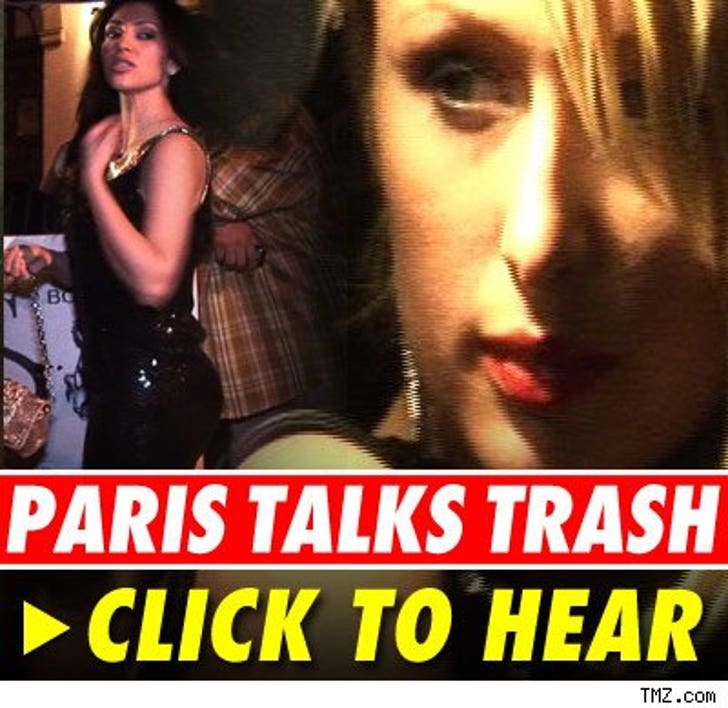 It's nice to know Paris has grown since spending time in the slammer. Classy.

UPDATE: Paris Hilton has apologized to Kim Kardashian, telling InTouch she was just joking. Mmm'kay!
"I was just joking around and I made a stupid joke, I felt really bad afterward, so I contacted Kim and apologized. It was a silly thing to say. Kim's hot!" Apparently Kim accepts the apology and says, "Paris and I have been friends since we were kids and I'm glad she made the effort to say she's sorry." Media whoredom at it's best people!