Sources tell TMZ the source of Lindsay Lohan's recent downslide is her parents. 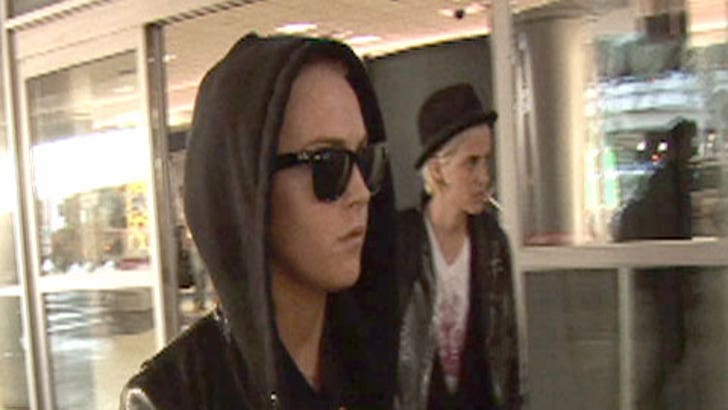 We're told Lindsay has been humiliated by her dad Michael going on national TV saying he got shortchanged in his divorce case. He's on a campaign trashing Dina. As for Dina, Lindsay can't believe she's pimping out Ali on a reality show. We're told that is what led Lindsay to hit the bottle Saturday night in NYC.

Ironically, we're also told Lindsay has been taking sobriety seriously, requesting a sober companion on the set of her new film. People around her are telling her not to go to clubs but she's ignoring them -- but it's not because she wants to party. Lohan is really really tight with DJ Samantha Ronson, who works in clubs -- and Lindsay is there for Sam, not the scene.

Will Lindsay go back to rehab? No plans just yet. Will she downslide or conquer? Stay tuned.